One Injured In Jenin, Two Kidnapped 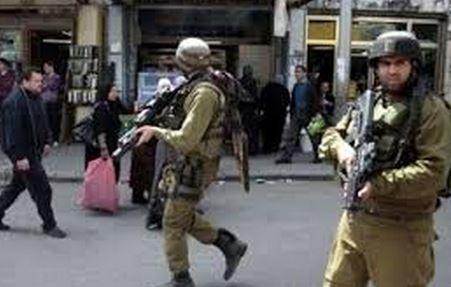 One Palestinian was shot and injured by Israeli army fire after the soldiers invaded, on Wednesday at dawn, the Jenin refugee camp, in the northern West Bank city of Jenin; the army also kidnapped two residents, and detained three.Medical sources in Jenin said a young Palestinian, identified as Ahmad Salim an-Nourasy, 19, was shot by a live round to his right leg, causing a moderate injury.

In addition, soldiers detained Khawla Issa ad-Damj, 42, Tareq Issa ad-Damj, 31, and his brother ‘Ammar, 19 years of age, and used them as military shields for the duration of the invasion.

The three were released before the soldiers withdrew from the camp.

In related news, many Palestinians suffered the effects of tear gas inhalation, after several Israeli military vehicles invaded the al-‘Arqa village, west of Jenin, and clashes with local youths.