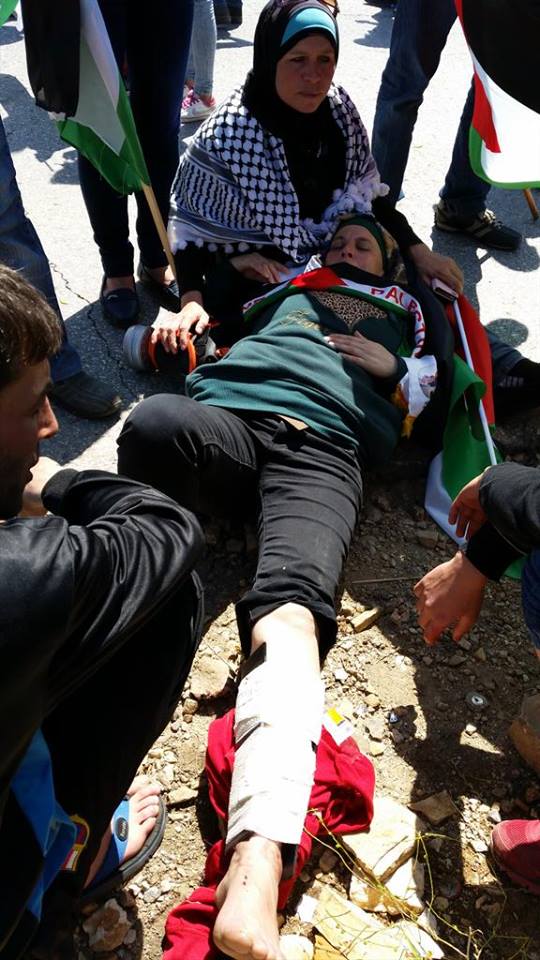 Israeli soldiers attacked, on Friday, the weekly protest against the illegal Annexation Wall and settlements, in Nabi Saleh village, near the central West Bank city of Ramallah, wounding five Palestinians, including two by live ammunition. The Media Office of the Popular Resistance Committee in Nabi Saleh said Manal Tamimi suffered a fractured leg after the soldiers shot her with live round.

It added that another Palestinian, identified as Mohammad, was also shot with a live round to his leg, and that the bullet hit a nerve; the resident was instantly admitted to surgery in the Palestine Medical Center, in Ramallah.

In addition, three children were shot with rubber-coated metal bullets, and received the needed medical treatment.

The Popular Committee in Nabi Saleh said this week’s protest also comes to mark the Palestinian Land Day (March 30), and that the protesters chanted against the ongoing illegal Israeli occupation, and Israel’s colonialist activities and assaults against the Palestinians in different parts of occupied Palestine.