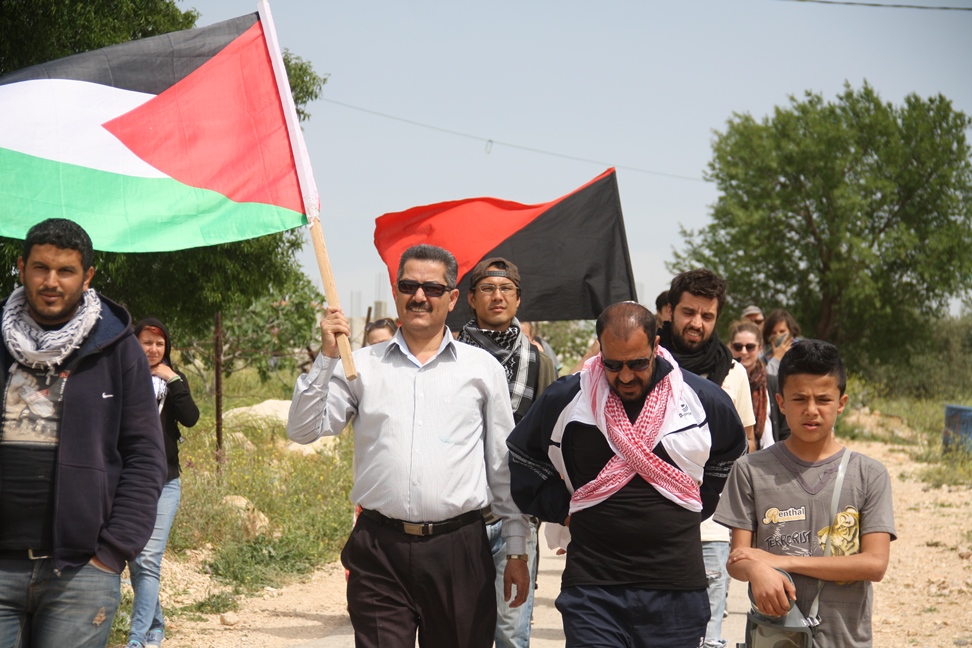 Medical sources have reported that one Palestinian was injured, and dozens suffered the effects of tear gas inhalation, after Israeli soldiers used excessive force against Palestinian, Israeli and international nonviolent protesters holding the weekly protest against the Israeli Annexation Wall and settlements, in Bil’in village, near the central West Bank city of Ramallah.This week’s protest also comes to mark the Palestinian Land Day; the Palestinians have been marking Land Day annually since March 30, 1976, when the soldiers shot and killed six Palestinians during demonstrations protesting Israel’s decision to illegally confiscate thousands of Dunams of Palestinian lands.

Israeli and international peace activists accompanied dozens of Palestinians in the weekly protest; the protesters carried Palestinian flags and marched chanting for the liberation of Palestine, national unity, and an end to Israel’s violations and assaults, in addition to calling for the release of all political prisoners.

Members of the Popular Committee against the Wall and Settlements, in occupied Jerusalem, also participated in the protest.

The protest also marked the International Day of Soldiery with the Palestinian Detainees, especially the sick detainees who are denied access to proper and specialized medical attention and treatment.

The protesters called on local, regional and international human rights, and legal, groups to intervene and oblige Israel to end its violations and crimes against the detainees, and to release them.

The Popular Committee against the Wall and Settlements, in Bil’in, said the soldiers fired rubber-coated metal bullets, gas bombs and concussion grenades on the protesters as they peacefully marched towards Palestinian lands and orchards.

It added that the soldiers ambushed the protesters between the olive trees, and opened fire on them wounding Kifah Mansour, 30, with two rubber-coated metal bullets in his legs; he was moved to the Palestine Medical Center for treatment.

On March 30 1975, Israel decided to illegally confiscate thousands of Dunams of Palestinian lands, leading to massive protests and clashes, in addition to general strikes, extending from the Galilee to the Negev, before spreading to every part of Palestine.

The army shot and killed six Palestinians, injured dozens, and kidnapped hundreds on that day.

The day became an annual event marked by the Palestinians to protest the ongoing Israeli violations, and its illegal confiscation and theft of Palestinian lands. 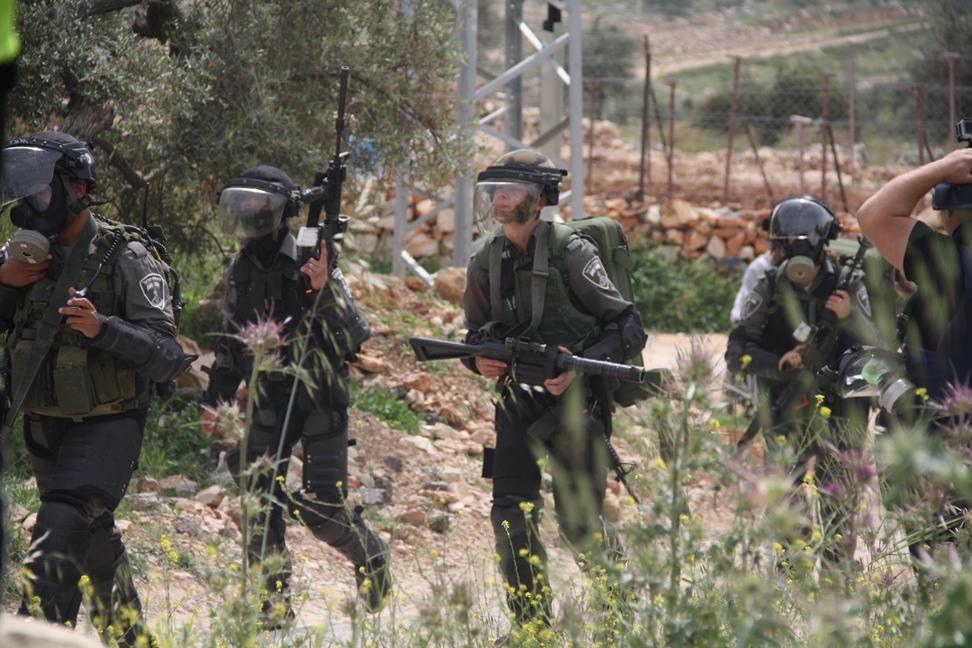 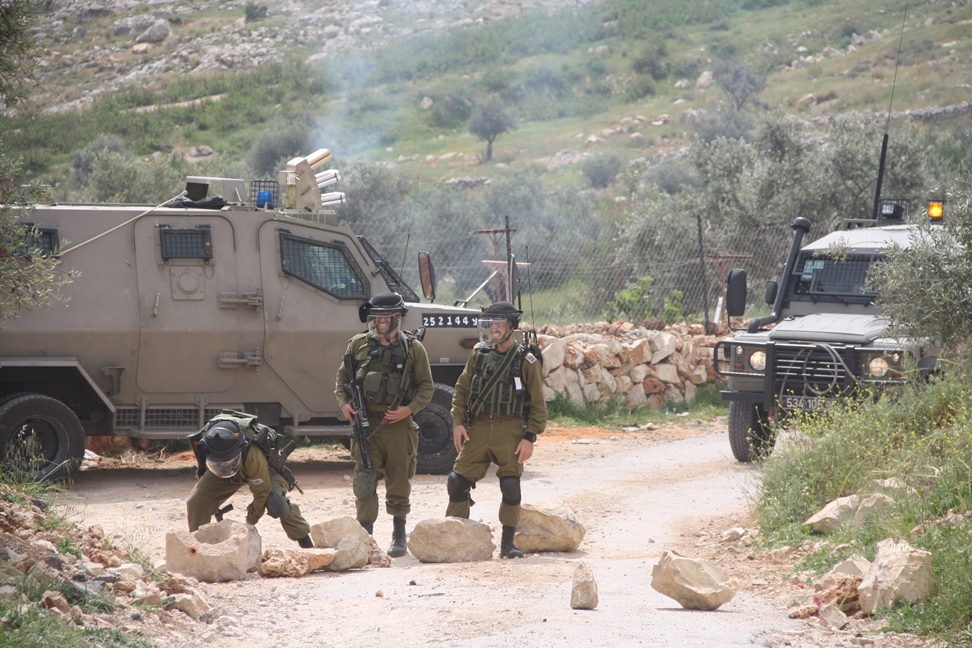