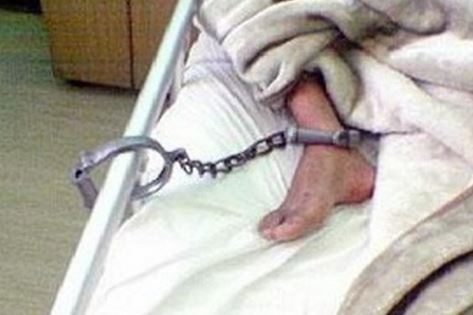 Family of a y,oung Palestinian detainee, held by Israel, voiced an urgent appeal to local international, legal and human rights organizations to intervene and save their wounded detained son from deteriorating conditions that could lead to his death. The family of Mahmoud Jamil Abu al-Kamel, 25 years of age, said their son was shot, and injured, by Israeli army fire, prior to his arrest in August of 2014.

The soldiers shot him with two live rounds to the back and one of his legs; since then he has been facing frequent complications and infections, especially since one of the bullets struck him near his spine.

He requires specialized medical attention, and rehabilitation, but is is even denied this right.

It is worth mentioning that 207 Palestinians died in Israeli prisons and detention camps since Israel occupied the West Bank, Gaza Strip and East Jerusalem in 1967.

Around 72 of them died as a result of torture, and 52 others who died after being denied the needed and specialized medical treatment. Some were shot and killed during their arrest and even while in prison.