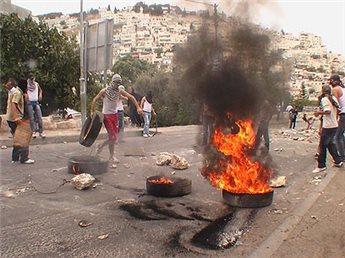 The clampdown began at the start of February, which Rajoub said at the time would continue until 18 wanted criminals were detained, according to Ma’an News Agency.

Seven of the wanted suspects turned themselves in to the police in mid-February, following a meeting between Prime Minister Hamdallah and representatives of political parties in Balata refugee camp, and several others have been detained.

According to an agreement sponsored by Hamdallah and Rajoub, those arrested but not proven guilty of any breaches of the law should have been released, locals have stated during past protests.

PA President Mahmoud Abbas has threatened to end this coordination, but has, so far, abstained from doing so.

March witnessed near daily clashes between PA security forces and gunmen and youths from the camp, according to locals. During one incident, two children sustained gunshot injuries during an exchange of fire between gunman in the camp and Palestinian security officers.

The most populated refugee camp in the occupied West Bank, Balata houses an estimated 23,000 on less than a kilometer of land.

The densely populated camp has historically shown high levels of unemployment, overcrowded classrooms, and lack of basic services such as access to clean water and effective sewage systems, according to the United Nations Relief and Works Agency for Palestinians in the Near East.

The cramped environment of the camp makes it difficult for security forces to enter covertly, and the entry of Palestinian security or Israeli forces into the camp often results in violent clashes.

Balata refugee camp was established by the United Nations, in 1950, to provide housing and services to refugees resulting from the establishment of the state of Israel in 1948, causing more than 700,000 Palestinians to flee their homes.

Palestinians now make up the largest refugee group in the entire world, according to UN statistics.