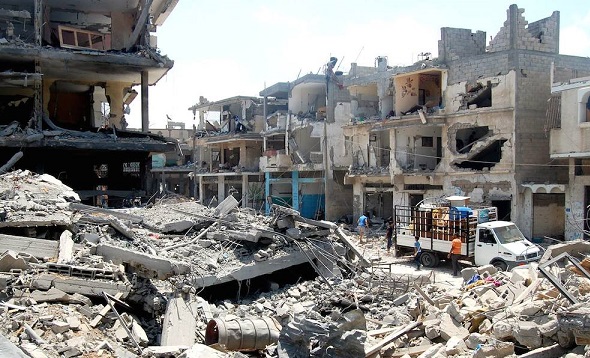 According to the official government-run, Palestinian News & Info Agency (WAFA) the Palestinian government announced, Tuesday, singing an agreement with the Kuwaiti government in which the latter pledges to donate $200 Million to support the efforts for the reconstruction of the war-town Gaza Strip.WAFA said Abdul-Wahab al-Bader, Director General of the Kuwaiti Development Fund, signed the agreement with Jawad Naji, the adviser of the Palestinian Prime Minister for Arab and Islamic funds.

The agreement was signed on the sidelines of a meeting for Arab Financial Institutions, held in Kuwait.

In addition, $35 Million would be allocated for infrastructure projects, $15 Million for the rehabilitation of agricultural and industrial structures, and $7 Million for funding projects for the health and education sectors.

WAFA said that around 100.000 Palestinians in Gaza are still living in shelters, or temporary accommodations, and others are living with extended family members and relatives, after Israeli bombs and missiles destroyed their homes.

There are dozens of thousands of families in the coastal region who are currently living in their damaged homes, although the structures are not safe, but they had no other options for shelter.

Catherine Essoyan, Regional Director of Oxfam, said there are hundreds of families living in homes without roofs, without walls or windows for the past six months, and that many families have less than six hours of electricity each day, and do not have access to running water.

Essoyan added that Israel must end its siege on Gaza to enable the reconstruction of the devastated coastal region, and enable the Palestinians to rebuild their lives.

“Every day the Palestinians are unable to build their homes and structures, more lives are put at risk,” she said, “It is shameful that the International Community is, once again, is failing the people of Gaza when they need it most.”