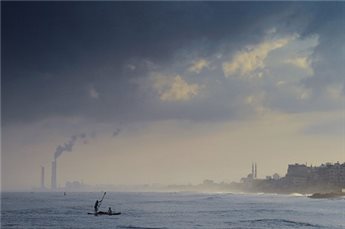 Israeli forces, Wednesday, shot and injured a Palestinian man with a rubber-coated steel bullet as he fished off the coast of the northern Gaza Strip. Local sources said that fisherman Khalid Zayid was shot while he was at sea, off the coast of the town of Beit Lahiya.

An Israeli military spokeswoman did not return a request for comment.

Israeli authorities maintained a limit of three miles on all activities of fishermen in the Gaza Strip until August, when Hamas negotiated a six-mile limit as part of the ceasefire that concluded Israel’s two-month summer assault that left 2,200 dead. According to the terms of the ceasefire, the fishing zone was supposed to expand incrementally, over the months which followed.

But Israeli authorities have frequently shot at Palestinian fishermen inside the limit, and three have been killed since then.

Twenty-nine attacks by Israeli forces on Palestinian fisherman have have been reported since Sept. 1 by Gaza-based watchdog al-Mezan Center for Human Rights, however due to the normalcy of such incidents, attacks often go unreported.

The center also said that 42 fisherman had been detained and 12 fishing boats confiscated in the same period.

There are approximately 4,000 fishermen in Gaza.

According to a 2011 report by the International Committee of the Red Cross, 90 percent are poor, an increase of 40 percent from 2008 and a direct result of Israeli limits on the fishing industry.

The Gaza Strip has been under a blockade imposed by the State of Israel since 2006 which has devastated the economy through near-complete limits on imports and exports.

The blockade has massively increased Palestinian dependence on international food aid, and the fishing industry is one of the few ways Gazans can produce their own food sources.