The Siege – Cultural Resistance in Palestine 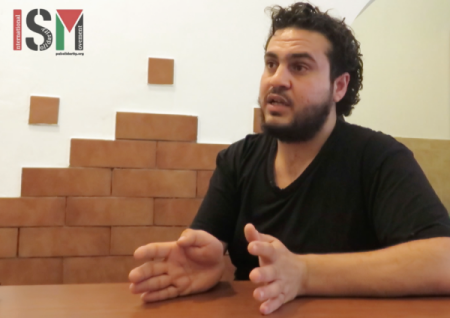 The room was overflowing with people who had come to witness the opening of the play The Siege. Pushing our way through the throng we managed to find some seats, squashed in the middle of a diverse and lively audience.

We were sitting in the Freedom Theatre, a Palestinian community-based theatre and cultural centre located in Jenin Refugee Camp in the northern part of the West Bank. Started in 2006, the theatre’s aim is to generate cultural resistance through the field of popular culture and art as a catalyst for social change in the occupied Palestinian territories. So, after two months of rehearsals, they were finally ready to show us their eagerly anticipated new play.

The day started off with a theatrical memorial for Juliano Mer-Khamis, one of the founders of the Theatre School who was shot and killed in 2011 by a masked gunman. We then watched Journey of a Freedom Fighter; a documentary that recounts the story of Rabea Turkman, a talented student of the theatre who turned from armed resistance to cultural resistance. He was subsequently shot by the Israeli army and died a few years later as a result of his injuries.

Inspired by the true story of a group of freedom fighters, now exiled across Europe and Gaza, The Siege tells of a moment in history that took place during the height of the second intifada in 2002. The Israeli army had surrounded Bethlehem from the air and on land with snipers, helicopters and tanks, blocking all individuals and goods from coming in or out. For 39 days, people were living under curfew and on rations, with their supply of water cut and little access to electricity. Along with hundreds of other Palestinians, monks, nuns and ten activists from the International Solidarity Movement, these five freedom fighters took refuge in the Church of the Nativity, one of the holiest sites in the world.

The play gives some insight into what it was like to be trapped inside the church, surviving on so little, with the smell of decaying dead bodies in the building, shot by Israeli snipers. It brings out the hard choice they were faced with between surrendering or resisting until the end. However, no matter what they chose, they were given no other option than to leave behind their family and homeland for ever, as all the freedom fighters – in reality 39 – were deported and have not been able to come back since.

The play exceeded all expectations! Everyone seemed amazed by what they had just witnessed. We talked with Osama, a student and a friend from the Freedom Theatre School who was brought up in Al Azzeh refugee camp, in Bethlehem. His words were lost in the power of his emotion. “I would have loved to play in that show!”, he finally managed to share. Only 12 at the time when the tanks entered his city, the show related so much to his childhood and brought back many memories of that time in his life. He recounts how the loud bang, heard at the start of the play, was a reenactment of the shot that had pierced the city’s water tank. This sound is still strongly engrained in his mind as it was the start of the long and difficult days that the inhabitants were about to face. “We are under occupation, but we are not weak. We stand up with what we can, be it our bodies, our voices or our guns!” – Osama believes in armed resistance as one of many ways to fight the occupation. And as an actor, it is important for him to represent these resisters in “another way, a good way. We die because we want to live!”

Alaa Shehada, the assistant director of the play, explained a bit about the making of The Siege. During their research period, they had gone over to Europe and interviewed 13 refugees in order to hear their stories first hand. They even managed to get an interview with one of the 26 refugees in Gaza. He explained how this story is not just about what happened during 2002, but is a microcosm of the whole Palestinian struggle. It reveals the continuous Israeli propaganda that has been going on since 1948, representing the Palestinians as terrorists through false accusations. In this particular situation, the Israeli army blamed the fighters for having attacked the church and holding the monks inside it. This has later been proven to be a lie. The truth being that the monks had allowed the fighters in and they were working together during the whole time of the siege. Ultimately, during the 67 years of Israeli occupation, even with the whole world watching, there has been no justice for the Palestinian people. 50% of Palestinians are refugees from their own country and still have not been given the right to return.

At the Freedom Theatre, Cultural Resistance is their way of defying the occupation. Ahmed Jamil Tobassi, one of the actors from the show, explained that among many other things, theatre creates a context that can support other forms of resistance. It revives stories, gives people a way of expressing themselves and ultimately frees the mind. The idea of cultural resistance is to work alongside other forms of resistance, not against. Yet “if you cannot start by deconstructing the occupation within yourself, how are you going to be able to free the country from the bigger, external occupation?” argues Jonatan Stanczak, managing director of the Theatre.
During the months of May and June, this play will be touring the United Kingdom, a country the theatre group has not yet been too. It is also as a message for the British to take responsibility for their prominent role in the ethnic cleansing of Palestinians and the ongoing occupation.

You can get more information on the dates and the play on the Freedom Theatre UK Friends website: www.thefreedomtheatreukfriends.com 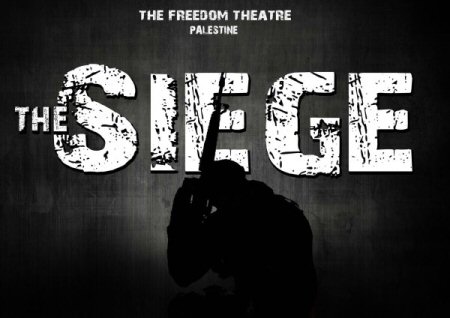 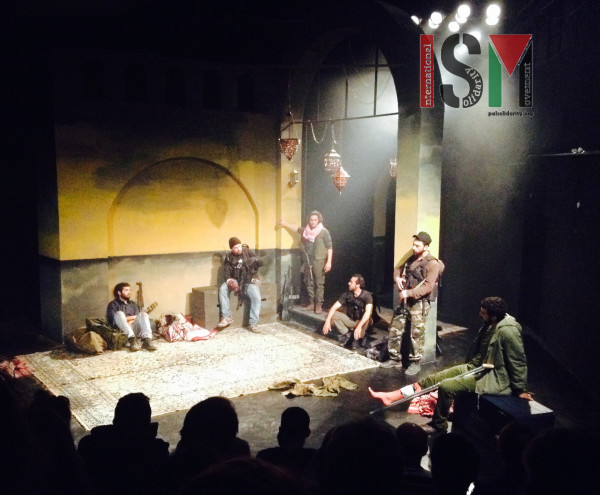