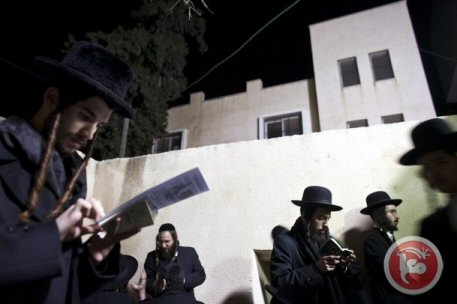 Locals added that Israeli settlers also smashed several Palestinian vehicles after throwing
rocks at them at the Huwwara checkpoint, saying that the group had carried out the attacks after performing prayers in Nablus.

No injuries or detentions were reported in either incident.

During the visits, Israeli forces regularly raid Palestinian villages in the area and fire tear gas canisters into the nearby Balata refugee camp.

Despite lying in Area A under full Palestinian authority, Israeli forces maintain control at the site and prohibit Muslims from praying there.

Palestinians believe that Joseph’s Tomb is the funerary monument to Sheikh Yusef Dweikat, a local religious figure. Others believe that the tomb belongs to the Biblical patriarch Joseph. The area is sacred to Jews, Samaritans, Christians and Muslims alike.