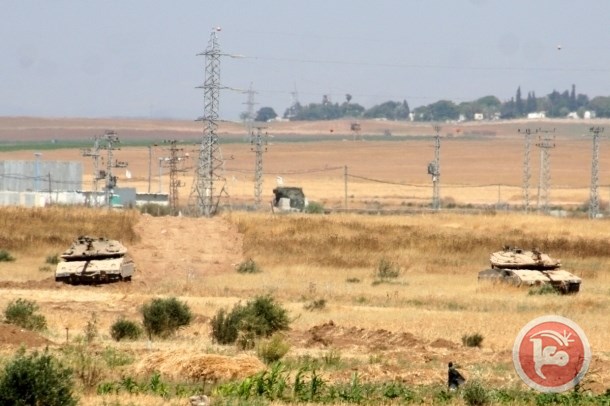 An Israeli army spokeswoman said that Tuesday’s incursion was ‘routine activity along the security fence.’

The zone is enforced by Israel on both land and sea borders of the Gaza Strip on the pretext of security, however its exact limits have historically fluctuated and have had a detrimental impact on the Palestinian agricultural and fishing sectors.

Forces open fire on Palestinian farmers whose agricultural land allegedly falls within the zone, according to the Palestinian Center for Human Rights. The group reported 16 incidents of shooting and four incursions along the Gaza-Israel border in March alone.

Such occurrences of live fire deter farmers from accessing their farmland, worsening agricultural production in Gaza, where over 80 percent of the population is food insecure, according to the Food and Agricultural Organization of the United Nations.

Heavy presence of Israeli forces inside of the Gaza Strip’s ‘buffer zone’ are part of Israel’s broader siege on the Gaza Strip in place for the last eight years, which largely prohibits both imports and exports and has led to a severe collapse in the tiny coastal enclave’s economy. The siege is worsened by regular closure by Egyptian authorities of the Rafah border crossing in the southern Gaza Strip.