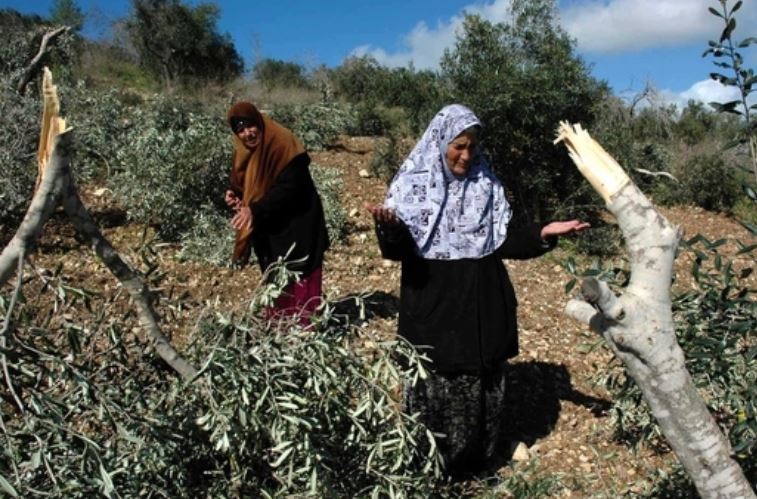 He added that fanatics infiltrated into his farmlands before cutting and uprooting 85 grape vines, and uprooted more than 30 olive and almond trees belonging to Khalil ‘Aqel.

‘Aqel stated that his agricultural lands, and various surrounding lands, have been subject to frequent similar attacks, as the settlers are trying to expand their illegal colony.

On Monday morning, soldiers demolished four residential structures in the al-Jiftlik village, in the Jordan Valley.

The army claimed the area was a closed military zone.

Head of the al-Jiftlik village council Othman al-‘Amouz said the destruction left 30 residents homeless, and that the structures belong to Fathi Abed Tariq, Mohammad Yacoub D’eis and his brother Mahmoud.