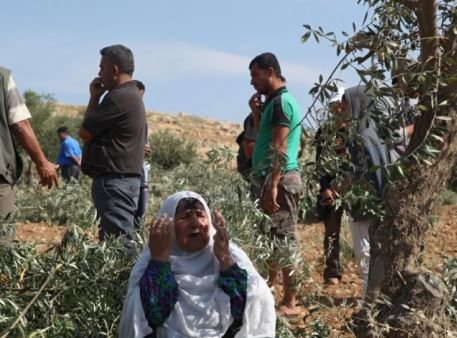 A number of extremist Israeli settlers, living in the Eliezer illegal colony, invaded, Monday, a Palestinian orchard in the al-Khader town, south of Bethlehem, and uprooted more than 50 olive saplings. Coordinator of the Popular Committee against the Wall and Settlements in al-Khader Ahmad Salah said the extremists invaded “Thagret Hammad” area, adjacent to the illegal settlement, and uprooted the saplings before taking them away.

The invaded orchard belongs to a local farmer identified as Mohammad Ibrahim Ghneim.

Salah stated that the same orchard was recently subject to a similar attack that led to uprooting at least 50 olive saplings, and added that both soldiers and Israeli extremists have been escalating their attacks against the residents and their lands.