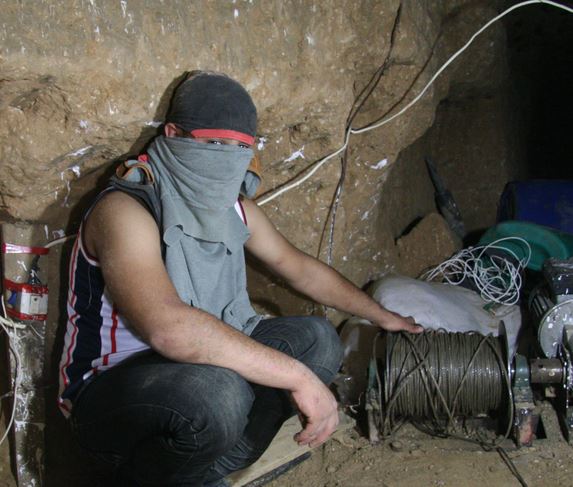 Lahham suffocated to death under the rubble; his body was moved to Abu Yousef an-Najjar Hospital, in Rafah.

On Monday, April 27, a Palestinian worker, identified as Mohammad Khalid al-Najjar, 27, died when a tunnel collapsed on him in Rafah. http://www.imemc.org/article/71391

On April 21, a young man was also killed in a siege-busting tunnel accident, also in Rafah. http://www.imemc.org/article/71313

On Saturday at night, April 11, a young Palestinian man was killed in a tunnel accident, in Rafah. http://www.imemc.org/article/71213

There have been dozens of incidents where tunnel workers died, while scores have been seriously injured.

Dozens have also been killed, and injured, when the Israeli army bombarded the tunnels as they were working in them, and others died after the Egyptian army detonated, or demolished, its side of the tunnels.

Hundreds of Palestinians resort to working in the tunnels due to the soaring high levels of unemployment and poverty in Gaza.