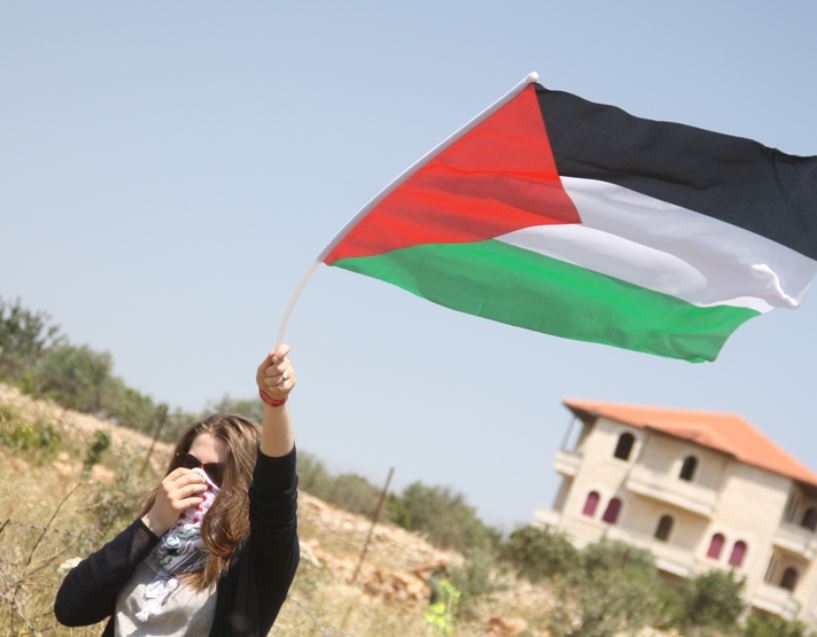 The protesters carried Palestinian flags and signs, and chanted for the rights of all workers, as May 1, the International Workers’ Day, is widely marked by the Palestinians each year.

Similar to all previous protests, dozens of Israeli and international peace activists participated in the march, and were violently assaulted by the soldiers.

The Popular Committee against the Wall and Settlement in Bil’in has reported that a Spanish peace activist was shot by an Israeli gas bomb directly to the shoulder, and received treatment by Palestinian medics.

The army fired dozens of gas bombs and concussion grenades, causing many injuries, while several olive orchards caught fire due to the Israeli army fire.

The Popular Committee said the soldiers also invaded the western area of the village, and clashed with dozens of local youths.

It expressed its solidarity with all Palestinian workers, subject to ongoing violations and assaults, carried out by Israeli soldiers and extremist settlers.

The committee affirmed the Palestinians, along with their Israeli and international supporters, will continue their struggle for liberation and independence.