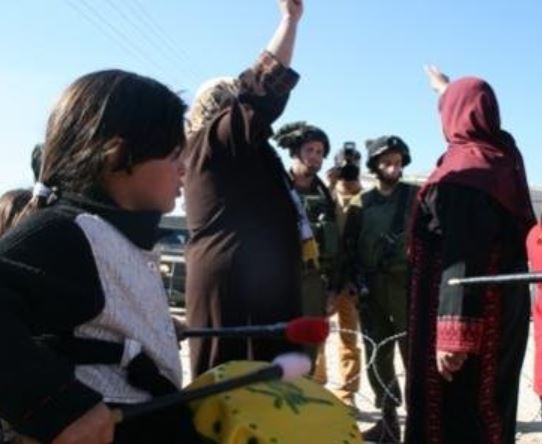 Israeli soldiers attacked, Friday, the weekly protest in the al-Ma’sara village, in the West Bank district of Bethlehem.
Eyewitnesses said the soldiers prevented the nonviolent protesters from reaching Palestinian lands and orchards Israel illegally annexed to expand its colonies, and isolated behind the Wall.

The protesters marched, marking May 1, the International Workers Days, and were accompanied by several international peace activists.

The protest started in the center of the village, before the protesters marched while chanting for the liberation of Palestine, the rights of workers, and an end to Israel’s ongoing and escalating violations.

The army used excessive force against the nonviolent protesters, and prevented them from reaching the isolated Palestinian orchards.

The Popular Committee in al-Ma’sara said the protests, the nonviolent struggle, will continue until the liberation of Palestine.

Al-Ma’sara village is one of many villages in the occupied West Bank that hold weekly protests against Israel’s illegal Annexation Wall and settlements, isolating the villagers from their lands and orchards.