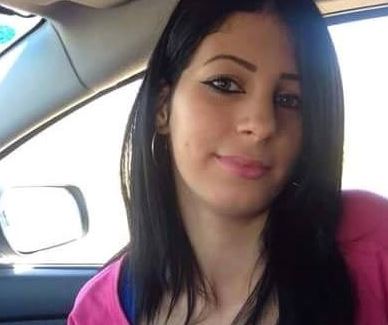 Israeli Light Rail guards, and a police officer, in occupied Jerusalem violently attacked and beat, on Thursday, a young Palestinian woman, while shouting and cursing at her before detaining, and interrogating her, for several hours.Natalie Abedrabbo, 18 years of age, said she was heading to work and bought a light-rail ticket, but as she was stepping into the train, a guard approached her alleging she did not obtain a ticket, before taking her ID card, and writing her a ticket.

“I told him I bought a ticket right after I entered the railway station, I even showed him the ticket,” she said, “I also asked him to check the surveillance cameras, but he refused.”

“I tried to walk towards the person in charge to file a complaint, but eight guards started beating me, and one held me in a choke hold,” Natalie stated, “A Policewoman came over, and tried to take my bag to withhold my ID; I refused.”

The young woman then called a family member, before her brothers and mother arrived, and the Police attacked and beat them too, and proceeded to handcuff and blindfold Natalie, in addition to shackling her feet.

“They arrested me, and took me to the al-Maskobiyya police station; there, I was beaten and insulted; they even threatened me with a pistol,” she added, “The interrogator then arrived, and accused me of failing to buy a ticket, attacking the guards and the police.”

Natalie denied the Israeli allegations, and demanded the interrogator to inspect the surveillance tape; she was released following three hours of interrogation, and received a 200 New Israeli Shekels fine.

Last week, a young Palestinian man identified as Hatem Salah was shot, and injured, by the light-rail guards who alleged he “attempted to stab an Israeli pedestrian,” but the police later said the man did not carry any sharp object, and refuted the guards’ claim.