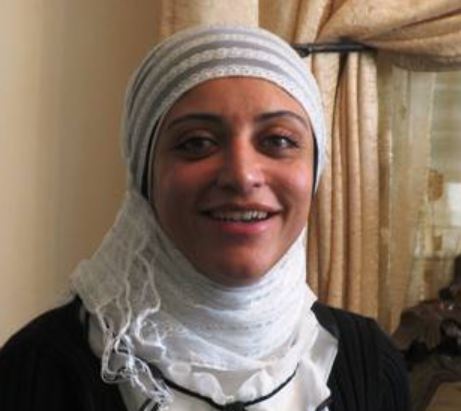 The Palestinian Detainees Committee has reported, Tuesday, that the administration in the Ramla Israeli Prison moved lawyer Shireen al-‘Eesawy, from the al-‘Isawiyya town in occupied Jerusalem, into solitary confinement. Shireen is the sister of detainee Samer al-‘Eesawy.The committee said the administration placed the imprisoned lawyer with Israeli women, held on criminal charges, and moved her to a small solitary cell.

It added that the soldiers confiscated all electric equipment and belongings of al-‘Eesawy, and placed her in a tiny, dark and humid cell.

Shireen was repeatedly assaulted by her jailors, and by many imprisoned Israeli women, while the soldiers kept punishing and subjecting her to very harsh conditions.

The Committee stated that the escalating Israeli violations against the detainees, especially the ongoing psychological abuse, is a deliberate method used in an attempt to break the detainees, and increase their suffering.

The imprisoned lawyer, and four other female detainees, have been facing harsh punitive measures in the HaSharon Israeli prison, for the last two weeks, after an Israeli prisoner claimed they quarreled with her.

The Prison Administration did not even investigate the claim, and moved the five Palestinian political prisoners into solitary confinement.

Shireen is the sister detainee Samer al-‘Eesawy, who was sent to court Sunday where the judge reinstated his original 30-year imprisonment term for “violating the terms of his release.”

Samer was kidnapped in June of 2014, along with dozens of former political prisoners who were released as part of the Shalit Prisoner Swap agreement.

The court also reinstated life terms against six detainees, who were released under the Shalit agreement, and were rearrested in recent months. The detainees are Aladdin al-Bazian, Adnan Maragha, Ismael Hijazi, Jamal Abu Saleh, Rajab Tahhan, and Nasser Abedrabbo.

The ruling was appealed, and the court recently decided to study each case separately before issuing its final verdict.

On Monday December 23 2013, Samer al-‘Eeesawy was released after being held for 17 months; the agreement for his release came after his historic 277-day hunger strike.

In June 0f 2014, Israel recaptured at least 50 ex-detainees that were released in the 2011 prisoners exchange agreement, al-‘Eesawy was among the kidnapped. Most of them remain held either under administrative detention – without indictment or trial – or are still awaiting military court ruling.