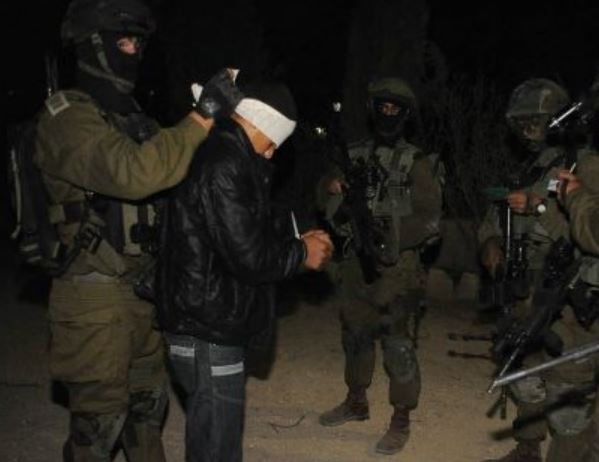 Israeli Soldiers kidnapped on Wednesday evening a Palestinian child in Hebron, and a man in the Old Askar refugee camp, in the northern West Bank city of Nablus, and invaded Huwwara town near Nablus before imposing curfew, forcing the residents under house arrest.Media sources in the southern West Bank city of Hebron said the soldiers attacked, and beat, a 10-year-old child, in the Old City of Hebron, and kidnapped him.

The child has been identified as Farhan Nader Rajabi, 10; he suffered various cuts and bruises.

In addition, undercover forces of the Israeli army, driving a civilian car with Palestinian license plates, invaded the Old Askar refugee camp, in Nablus, and kidnapped one Palestinian, identified as Nasser Naqeeb.

Eyewitnesses said the resident was kidnapped in a store in the center of the camp, and was taken to an unknown destination.

Eyewitnesses said that several military vehicles invaded the town, forced all stores shut, and fired a number of gas bombs and concussion grenades in addition to a number of flares, and imposed curfew.