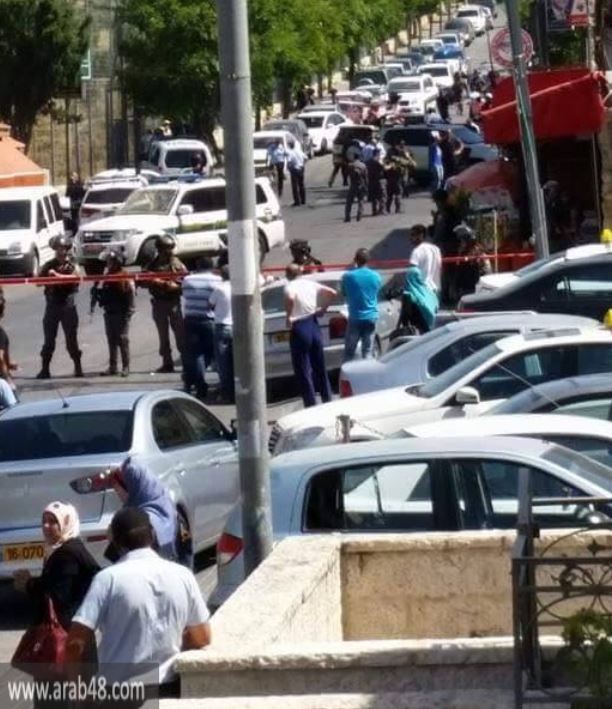 Israeli sources said the incident took place in the at-Tour junction, near the Mount of Olives, and that the police shot and seriously injured the Palestinian driver, who died of his wounds shortly after the shooting.

Palestinian eyewitnesses said the incident was an ordinary traffic accident, while the Israeli police is claiming its initial investigation indicates that the driver “deliberately attacked the officers, and ‘tried to confirm the kill by reversing back over them,” Israeli Ynet News said.

According to the Ynet, the driver was traveling towards the Augusta Victoria area when he noticed Border Police officers conducting “security checks”, and “swerved off the road towards them.”

The incident led to clashes between Palestinian youths and Israeli police officers.