Soldiers Kidnap A Palestinian Near Jenin, Invade Communities In Hebron 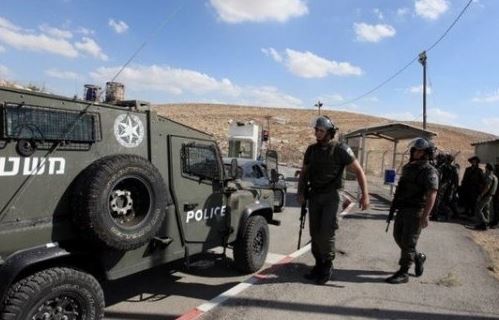 The young man is from Jayyous village, near the northern West Bank city of Qalqilia.

In addition, several Israeli military vehicles invaded Ya’bad town, and Raba village, and drove around in the two communities before withdrawing later. No arrests were reported.

In related news, soldiers invaded Hebron city, in the southern part of the West Bank, broke into and violently searched at least one home.

A number of Israeli extremists also invaded neighborhoods in Hebron’s Old City, and marched proactively, before spraying a few Palestinians with pepper-spray.