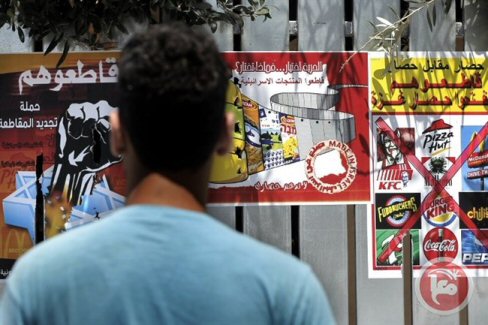 A longstanding staple demand of the US Palestine solidarity movement is ending our country’s military aid to Israel. It has been a goal of the US Campaign to End the Israeli Occupation for years. It is often seen as the premier contribution US citizens and activists can make to the Palestinian cause. Indeed, when asked by Americans what they can do to support Palestine, Palestinians all too often tell us to stop our government from paying for the weapons Israel uses to kill them and demolish their homes.

Based on a Memorandum of Understanding between the US and Israel, that amount is projected at $30 billion over a decade (2009-2018), or roughly $3 billion per year. In one of its more noteworthy projects, the US Campaign designed leaflets and posters and even an interactive graphic map showing the percentage of each locality’s tax dollars that go to military aid to Israel and what sorts of things – green jobs, education, housing – that money could be used for instead.

Recently, in an eye-opening report, the International Jewish Anti-Zionist Network (IJAN) has documented another kind of warfare to which the US Palestine solidarity movement must attend.

According to IJAN, not only does the US government supply Israel with $3 billion in military aid a year. But elite individuals and organizations of all kinds, primarily in the US but also elsewhere, are spending over $300 million in the domain of ideas, in order to wage a kind of ideological warfare.

IJAN calls this effort ‘backlash,’ which they define as ‘a concerted campaign to stop any and all criticism of Israel, and to do so by any means necessary.’ Agents of backlash ‘use military, surveillance, economic, political and legal means to achieve this goal, and take these strategies as far as they are able to get away with.’
What the report documents, in minute detail, is the elaborate network of people, foundations, and organizations devoted to waging systematic ideological and material warfare on Palestine solidarity activists and organizers in the US.

If you ever needed proof that there is power in language, this report is it. Although not quite as much as $3 billion a year for bombs and fighter jets, $300 million for lawsuits, fake news, and intimidation tactics is by no means small change.

The coordinated efforts of elites, their foundations, and their astroturf news outlets and nonprofits make clear that Zionists understand all too well that the battle for justice in Palestine must be defeated not simply by bullets and bulldozers, but also by censorship, slander, and silencing.

There is an important political lesson here: power is more than brute force. It inevitably requires legitimation, no matter how flimsy, vile, or suspect. Indeed, without a justification, power is merely violence, and violence on its own is transparent. Power must always tell a story about itself, and this story is always a site of its vulnerability.

The powerful clearly recognize this. After all, the Israeli state, backed by the US, has more than enough money and weaponry to destroy Palestine entirely. Meanwhile, in the US, the handful of ‘philanthropists’ discussed by IJAN – Sheldon Adelson, the Koch brothers, Seth Klarman, and Sarah Scaife among them – can certainly afford to buy politicians, elections, and policy outcomes outright, without bothering to engage a broader US public.

Nevertheless, Israel puts Gazans on a diet rather than starve them to death outright, mowing the lawn every few years rather than uprooting life there entirely. Meanwhile, in the US, the Zionist backlash industry produces news stories and videos, funds internships and free trips to Israel, simultaneously as it sues universities, funds propaganda efforts, intimidates, surveils, jails, and deports activists, engages in slander by lodging false complaints of anti-Semitism, and has faculty fired from their jobs.

Insidious, certainly. Devastating, no doubt. But annihilatory – not yet. Not quite. It’s a lot like annihilatory violence, only slower.

The backlash lobby didn’t come from nowhere. It emerged in its distinct, present-day form in response to the enormous successes of the BDS movement in the United States. These include widespread campus support for BDS, the Block the Boat campaign that succeeding in re-routing Israeli ships away from West Coast seaports, and the development of a national organizational and legal infrastructure to support Palestine advocacy (including Palestine Solidarity Legal Support, USACBI, and the Center for Constitutional Rights).
We know this because, as IJAN reports, the Israeli Reut Institute released a report in 2010 detailing BDS as an ‘existential threat’ to the state of Israel, coining ‘delegitimation’ as a term for BDS activism, and mapping the network of grassroots BDS power in the United States.

In other words, backlash is necessary because the stories Zionist power tells about itself aren’t sticking the way they used to.

This means that,while we are no match for the Zionist and backlash lobbies when it comes to money and weaponry, we match them in the realm of ideas, which even they recognize is essential to securing total domination.

The IJAN report therefore makes clear why, in Junot Diaz’s words, ‘Americans are so deranged about Palestine.’

What Diaz means is that one can take almost any other political position in the US, no matter how outrageous or offensive, and still be afforded some semblance of humanity and credibility. You can, for example, publicly declare that it is impossible for a raped woman to get pregnant, deny the fact of climate change, blame Hurricane Katrina on homosexuality, or allege parallels between Iran and Nazi Germany.

While you may be dismissed for failing to understand basic science or modern history, you will not be expelled from the community of humankind for failing to recognize the violation of rape, the ravaging of the planet by human actors, the racist neglect of black people and neighborhoods in New Orleans, or the gravity of the Nazi genocide.

By contrast, to take a position that is critical of Israel – in particular, as IJAN notes, a position that questions not simply the Occupation but, rather, Israel’s legitimate existence as a Jewish state – is thereby to vote yourself off the island of humanity and all human decency.

This discursive stranglehold is the handiwork of the backlash network IJAN documents. It is due to backlash’s influence that public discourse in America cannot distinguish between Judaism and Zionism, between a critique of Israel and anti-Semitism. Indeed, this is the classic sleight-of-hand that distinguishes Zionist and backlash lobbies in the US: on the one hand, they condemn criticism of Israel as criticism of Jewish people, and conflate criticism of the Jewish state with annihilation of the Jewish people.

On the other hand, they themselves perpetuate anti-Semitism through this very conflation, speaking on behalf of all Jewish people as if they were of one opinion and belief, and uniformly loyal to the Zionist project.

Not only this. As the IJAN report makes painfully clear, the people and foundations funding Zionist backlash are the same ones funding anti-abortion legislation, climate change denial, anti-gay marriage initiatives, and the American war machine. They are, in other words, an ideologically motivated 1 percent, systematically funding a wide array of right-wing causes.

The real interests, then, of the Zionist and backlash lobbies are not in fighting anti-Semitism or protecting Jewish people. Rather, as IJAN makes clear, their interests lie in securing global domination for an elite few (i.e., themselves) and expanding their profit margins.

Diaz’s observation about Americans is part of the preface to a new volume entitled Letters to Palestine. Compiled by Vijay Prashad, the book is intended for an American audience and consists entirely of American and U.S.-based contributors whose stories are completely at odds with the dishonest narrative routinely disseminated by the Zionist and backlash lobbies.

Because Americans are deranged about Palestine, Pras had hoped to sidestep the endless, unsatisfying, and politically sterile ‘two sides’ debates that plague so many US conversations about Israel/Palestine. Instead, he sought to compile a volume of American voices speaking to an American audience about Palestine, not from the head (or, perhaps, the spleen), but instead from and to the heart. The book is an attempt to meet Americans in the space of their own intellectual and affective provinciality, in an idiom that will hopefully bypass the landmine field of defenses that render speech about Palestine virtually impossible in the US.

It is these words and stories that are crucial tools of people’s movements. Without money or weapons, it is what we have at our disposal to counter the attempted hegemony of multi-billion dollar elites and those whom Prashad calls ‘the political class.’ Along with alliances across movements, broad public campaigns, legal defense strategies, and an insistence on academic freedom coupled with condemnations of racist speech – all of which are lessons IJAN says we can draw from the successes of the US Palestine solidarity movement so far – we can and must continue to fight the battle for justice in Palestine at the ideological as well as the material level.

As Prashad observes, ‘No country is as complicit in Israel’s occupation and wars as the United States.’ We must not only end US military aid to Israel, then, but also dislodge the stories it tells about itself that enable that warfare to continue.

Heike Schotten is Associate Professor of Political Science at the University of Massachusetts Boston, where she teaches political theory, feminist theory, and queer theory (her work is available here). She has been active in the Palestine solidarity movement since 2006.

Discalimer: The views expressed in this article are the author’s and do not necessarily reflect Ma’an News Agency’s editorial policy.