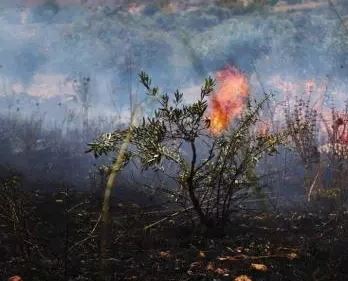 Israeli soldiers kidnapped, Monday, a Palestinian from the northern West Bank city of Jenin, after stopping him on a roadblock east of Bethlehem. Extremist Israeli settlers torch several Dunams of Palestinian agricultural lands near Bethlehem.Eyewitnesses said the soldiers installed a sudden roadblock, near the main entrance of Teqoua’ village, east of Bethlehem, searched cars, and kidnapped one Palestinian.

The kidnapped Palestinian, identified as Mohammad Mahmoud al-Qadery, 27 years of age, is from Bir al-Basha, near Jenin; he was heading to his work in Hebron.

In related news, a number of Israeli extremists set fire to nearly 10 Dunams (2.47 Acres) of Palestinian agricultural lands in the al-Kaneesa area, in the village of Husan, west of Bethlehem.

Local firefighters managed to contain the fire before it spread further.