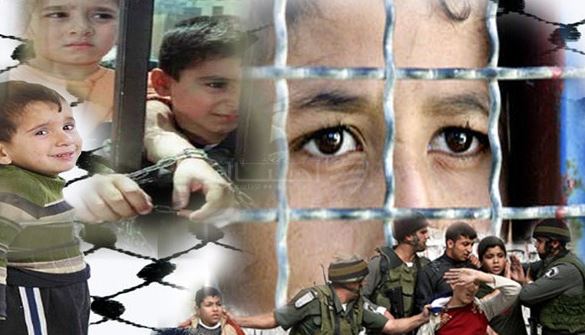 Israeli soldiers installed, Wednesday, a sudden roadblock at the main entrance of Silwad town, east of the central West Bank city of Ramallah, and kidnapped one child, who also holds an American citizenship. The soldiers also detained a young man for a few hours.The child’s mother said the soldiers stopped a car transporting her child, Taleb Ghaleb Hamed, 15 years of age, and another young man, around 22 years of age, who was released a few hours later, the WAFA News Agency said.

She added that the soldiers took her child to the Mikhmas interrogation center, before moving him to the Ofer Israeli prison.

The child is scheduled to appear in the Jerusalem District Court Thursday; his family was not granted any further information, and were not allowed to see him.

On April 17 2015, The Palestinian Prisoners Day, the Census Committee of the Palestinian Committee of Detainees issued a report revealing that Israeli soldiers have kidnapped 1545 Palestinians, including 258 children and 77 women, since the beginning of the year.