Status of Palestine in 2015 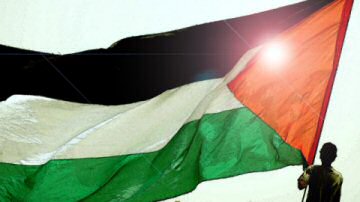 Some of this information is from a summary issued by the Negotiations Affairs Department (an independent group advising Palestinian negotiators):- It has been 67 years since the occupation of 78% of Palestine in 1948.

– UNRWA has 5.4 million registered refugees and has established and operates in 59 official refugee camps (17 unofficial camps).

-Camps are unstable. As an example 162,000 used to inhabit Yarmuk Camp in Syria, most of whom were displaced in the last three years and 1093 were killed or died of starvation in the besieged camp. A camp Imam gave a fatwa allowing the consumption of dog, cat, and donkey meat. Desperate Palestinians are also drowining in the Mediterranean Sea and dying in places like Gaza and Syria, when they run out of options. Malnutrition, birth defects, cancer, and other health issues are skyrocketing.

-When the Balfour declaration was issued in 1917, there were some 850,000 Palestinians – only 7 percent of us were Jewish-Palestinians (and most Jews were also opposed to Zionism).

– Roughly 6.5 million Palestinians still live in Palestine, though they are restricted to use 8.7% of the land (Qumsiyeh calculation) and have no sovereignity even in those remaining areas.

-Roughly 6.5 million Israeli Jews live in historic Palestine, the vast majority of them immigrants or children of immigrants. They have access to 91.3 percent of the land and have physical sovereignity over 100 percent of it.

-Some 1500-1800 new Jewish Israeli NGOs are registered every year. Some 100 new Palestinian NGOs are registered every year. In total, historic Palestine has the highest number of NGOs per population size of any place on earth. Many if not a majority of these NGOs (Israeli and Palestinian) increase corruption and graft and help sustain the status quo of apartheid and racism. A virtual industry of foreign aid is built around “peace” and “development” but actually entrench the apartheid system. By contrast, millions of good people with very limited resources do amazing work to help Palestine move forward. They include cadres of volunteers, the international solidarity movement, student bodies around the world, Palestine solidarity groups and more.

-In its ongoing policy of using citizens of Gaza as laboratory test subjects for new weapon development, Israel killed in its attack in summer 2014 on Gaza 2147 Palestinians. Most of those were civilians, including 531 children and 302 women. The Israeli assault also left 11,231 injured, including 3258 Palestinian children.

– There is increasing public support in western countries for human rights of Palestinains and also for boycott, divestment, and sanctions (BDS) to help end racism and ethnic cleansing.

– By contrast, thanks to massive lobby efforts and media control, politicians in western countries are acting as Israel’s henchmen, including in efforts to combat BDS (and even suppressing free speech).

– There is increasing awareness of western government hypocrisy/double standards in regards to application of international humanitarian law and UN resolutions. This itself drives extremism and notions of “might makes right”. Even among elites in power, they now realize that it is an impossible mission to claim to fight spread of a religious state in Syria and Iraq (ISIS) while maintaining a racist expanding religious state in Palestine (Jewish State of Israel).

Bottom line: There is lots of suffering that started with Zionist colonization and exacerbated with Arab leader betrayal, but the Palestinian cause remains strong thanks to people resistance around the world. Together we are charting path to freedom and dignity against all odds. Key question is what each of us is doing personally to help or hurt (looking in the mirror).

Also from AIC: Thoughts on Normalisation in the Israel-Palestine Conflict