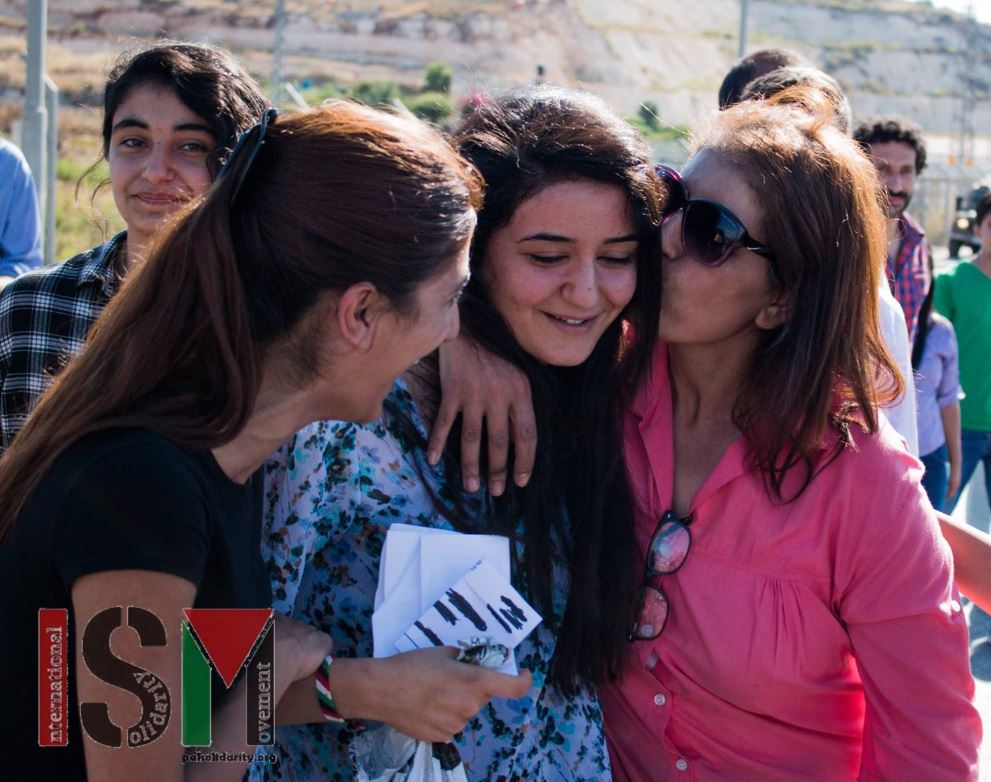 Israel released, Thursday, journalist, activist and folk dancer Lina Khattab, after holding her captive for six months. Her family, and hundreds of Palestinians, welcomed her at the Jabara roadblock, south of the northern West Bank city of Tulkarem.The family, friends and residents from different parts of the country, gathered to welcome her, and waited for very long hours in the son, until they finally managed to greet, and welcome her.

Israeli soldiers kidnapped Lina Khattab, a Journalism student at Birzeit University near Ramallah, on December 13, 2014, during a nonviolent protest organized by students marking the 47th anniversary of the establishment of the leftist Popular Front for the Liberation of Palestine (PFLP), and in solidarity with the Palestinian Political Prisoners.

She faced very difficult conditions, mistreatment and violations after her arrest and during her interrogation.

A few days before her abduction, Khattab performed along with her El-Founoun Palestinian Popular Dance Troupe in a massive public event.