Many Injured In Kufur Qaddoum Protest 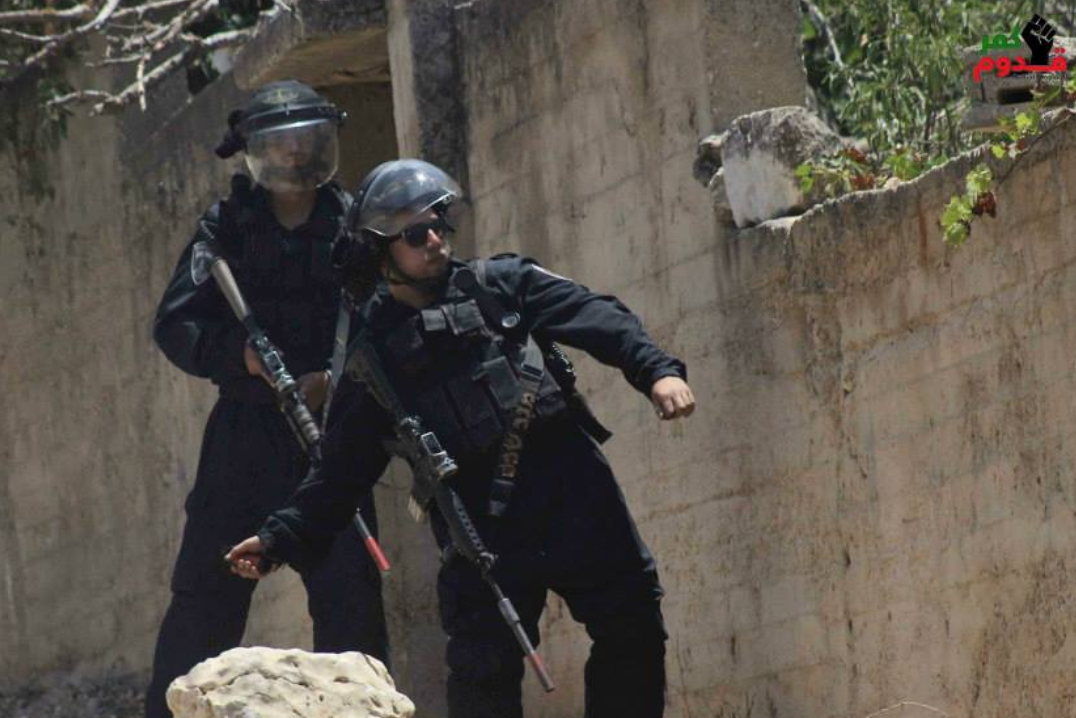 Israeli soldiers invaded, Friday, Kufur Qaddoum village, near the northern West Bank city of Qalqilia, and attacked dozens of local demonstrators conducting their weekly protest against the Wall and Settlements, and demanding the army to reopen the main road it closed 13 years ago. Many residents suffered effects of tear gas inhalation.The Popular Committee against the Wall and Settlements in Kufur Qaddoum said the soldiers surrounded the village, and prevented the protesters from matching to its outskirts, while dozens of soldiers invaded various neighborhoods.

Murad Eshteiwy, coordinator of the Popular Committee, said several soldiers occupied rooftops and hid in local homes in the village, and fired rounds of live ammunition.

Army vehicles also invaded the village and sprayed homes with waste-water mixed with chemical, referred to as “skunk water.”

Eshteiwy added that dozens of local youths managed to reach an area close to the Iron Gate that seals the main village road, after the soldiers left the village, and burnt tired before the army rushed to the scene again and starting fired gas bombs at the protesters and at a number of nearby homes.

Scores of residents suffered the effects of tear gas inhalation, and received treatment by local medics.

Kufur Qaddoum has been holding protests for five years, and has been subject to frequent Israeli military invasions, assaults and arrests. The man road was closed following a military order in 2003.