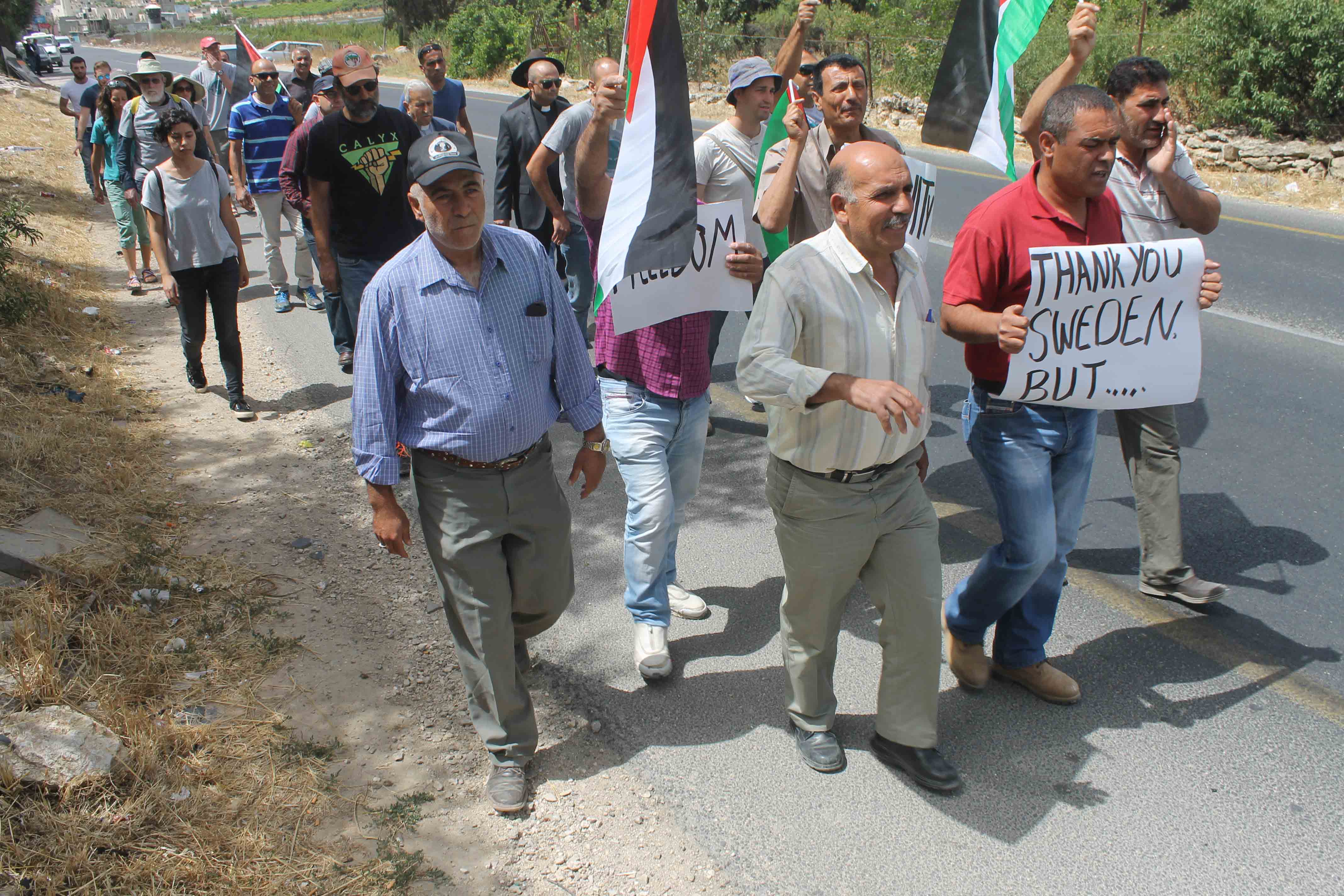 Members of the Combatants for Peace movement and activists from Popular Committees against the Wall and settlements in the southern West Bank gathered, on Saturday, near Beit Al Baraka Church and hospital building located on the Jerusalem-Hebron road to protest the Israeli army’s decision to allow settlers to take over the building and the land on it.
“We have come here today to stand as partners against the confiscation of this building, which is a hospital dedicated to serve the public, ‘said Mittal Luckhof, member of Combatants for Peace.

Today’s march was organized in response to the recent Israeli Defense Minister Moshe Ya’alon decision of approving the reconstruction of the place in preparation for the construction of a settlement on an area of 40 dunums. Earlier this year settlers claim they bought the site from a Swedish company.

‘This is the land allocated by the Church to serve the public can not in any way be allowed to sold or taken,’ said the Rev. George Awad, of the Baraka Presbyterian Church in Palestine.

Pastor Danny Awad said that the occupation forces prevented Archbishop of Sebastia from the Roman Orthodox church Bishop Atallah Hanna from participating in the march, and summoned him for integration in a Masqupia detention in Jerusalem.

The demonstrators marched and tried to reach building while chanting anti-occupation and settlement slogans. For their part, Israeli soldiers intercepted the protesters and prevented them from reaching the place. Soldiers also assaulted some of the protesters and detained Combatants for Peace movement activist for some time.

‘This is Palestine, Muslims, Christians and Jews are fighting to end the occupation, this is democracy,’ said Hassan Brigeiah from the Popular Committees Against the Wall and settlements. He told soldiers ‘Go to your homes here the State of Palestine and you represent the occupation.’

In a press statement, earlier this month the Baraka Presbyterian Church of Palestine assured that it was not involved in Beit El-Baraka’s illegal and unacceptable act and the church protest it strongly.

The church also called upon all religious, public, governmental, and non-governmental institutions to stand by the church at this difficult time and to help claim back the property of Beit El-Baraka.
.