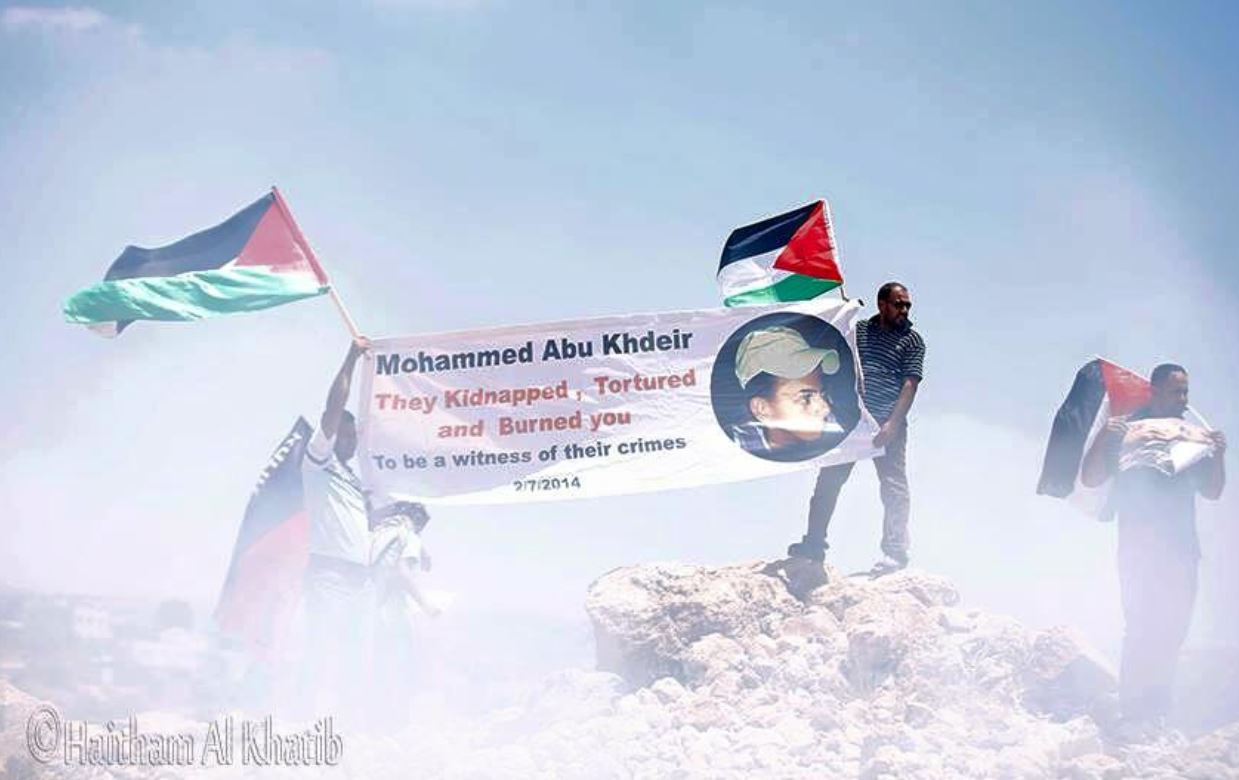 Israeli soldiers attacked, Friday, the weekly nonviolent protest against the Wall and Settlements in Bil’in village, near the central West Bank city of Ramallah, causing scores of residents to suffer the effects of tear gas inhalation. Coordinator of the Popular Committee against the Wall and Settlements in Bil’in, Abdullah Abu Rahma, said the protesters marched from the center of the village, carrying Palestinian flags, and posters of Mohammad Abu Khdeir, 16, who was abducted by fanatic Israeli settlers last year, before they tortured him, and burnt him to death.

The protesters chanted against the ongoing Israeli violations and assaults carried out by the soldiers, and fanatic settlers, against the Palestinians, their lands and property, called for the liberation of Palestine, and the release of all political prisoners.

Abu Rahma said the soldiers fired dozens of gas bombs and concussion grenades, at the protesters, and targeted Palestinian orchards and farmlands, causing scores of residents to suffer the effects of tear gas inhalation.

The Israeli gas bombs and concussion grenades caused fires in dozens of olive trees, and a farmland planted with wheat. The burnt lands belong to resident Mahmoud Yassin.

In addition, the Popular Committee Against the Wall and Settlements denounced the murder of Mohammad Hani al-Kasba, 17 years of age, was shot while climbing the Annexation Wall, along with dozens of residents, in an attempt to reach the Al-Aqsa Mosque for Friday prayers. http://www.imemc.org/article/72138 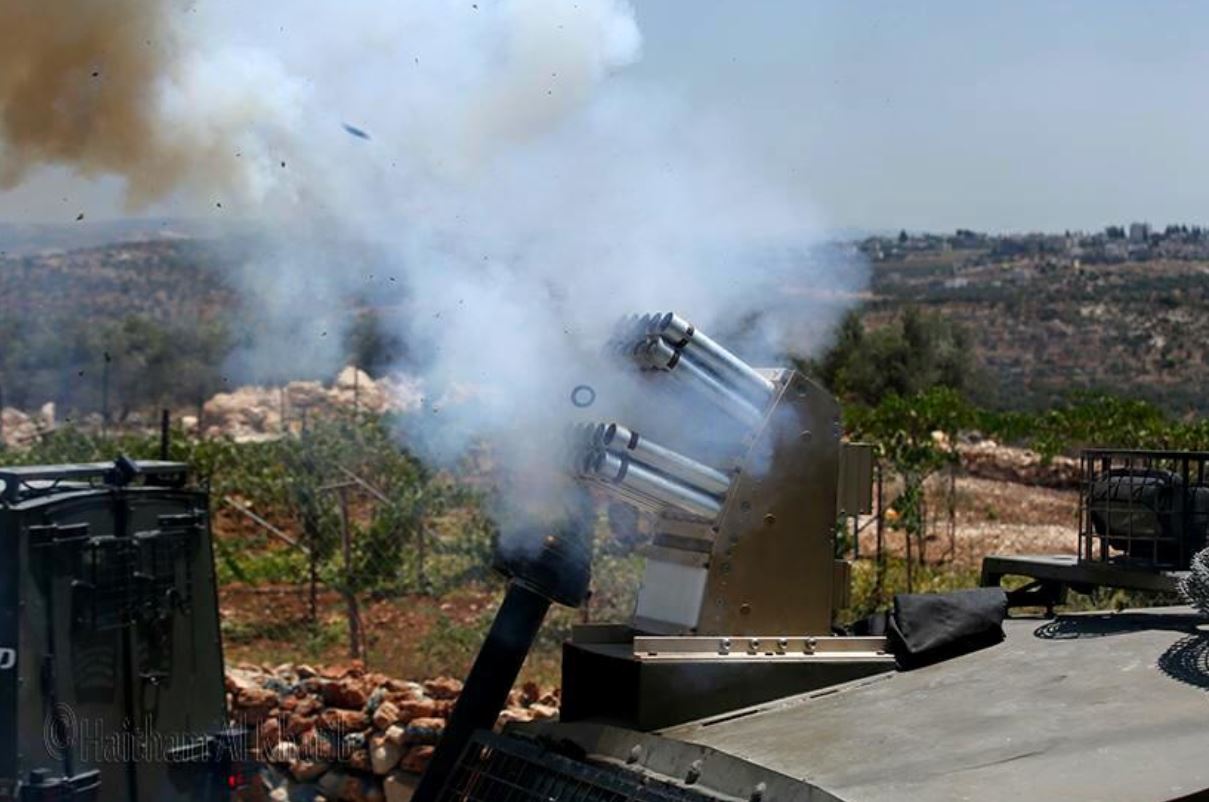