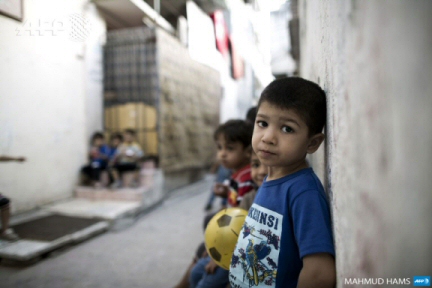 Despite well-documented evidence of war crimes committed by the Israeli military during the assault on Gaza last summer, there has been no justice and accountability for grave violations against Palestinian children.Operation Protective Edge, which lasted 50 days between July 8 and August 26, claimed the lives of 2,220 Palestinians, including at least 1,492 civilians, according to the United Nations Office for the Coordination of Humanitarian Affairs (OCHA). Defense for Children International – Palestine independently verified the deaths of 547 Palestinian children among the killed in Gaza, 535 of them as a direct result of Israeli attacks. Nearly 68 percent of the children killed by Israeli forces were 12 years old or younger. Not a single perpetrator has been held accountable for any of the deaths.

DCIP’s investigation into all Palestinian child fatalities during Protective Edge found overwhelming and repeated evidence that Israeli forces committed grave violations against children amounting to war crimes. Incidents include the direct targeting of children by Israeli drone-fired missiles and attacks carried out against schools and homes. Israel, the world’s largest exporter of aerial drones, killed 164 children in drone strikes during the offensive.

The UNHRC endorsed the report in a resolution passed by a 41 to one vote on July 3. The resolution expressed alarm “that long-standing systemic impunity” has allowed for repeated violations of international law without consequence. The resolution reaffirmed “the need to ensure accountability” to end impunity and deter further violations, and called on Israeli and Palestinian authorities “to cooperate fully” with the International Criminal Court and “any subsequent investigation that may be opened.”

All eight European Union member states of the UNHRC, including Germany, the United Kingdom, and France, voted in favor of the resolution. The EU representative to the UNHRC, on behalf of all EU member states, also supported the commission’s report and called for accountability. The United States was the only member to vote against the resolution and five countries abstained.

In June, UN Secretary-General Ban Ki-moon shielded Israel from accountability for atrocities against children when he removed Israel’s armed forces from a draft list of groups that commit grave violations of children’s rights during armed conflict.

Over the past 10 months, DCIP led evidence-based advocacy efforts urging Israel’s inclusion in the Secretary-General’s annual ‘list of shame’ for killing and maiming children and carrying out attacks on schools in Gaza.

Last month, DCIP called on Ban to resist political pressure against holding Israel accountable. Human Rights Watch sent a letter urging the Secretary-General to “apply consistent criteria when determining which parties to list, including all armed forces and non-state armed groups where there is credible evidence of a pattern of violations.” The draft list also included Palestinian armed groups, but the Secretary-General also removed them from the final version.

DCIP urges the international community to demand an end to Israel’s illegal blockade of the Gaza Strip and to actively support the immediate implementation of recommendations contained in the report of the Independent Commission of Inquiry on the 2014 Gaza Conflict.