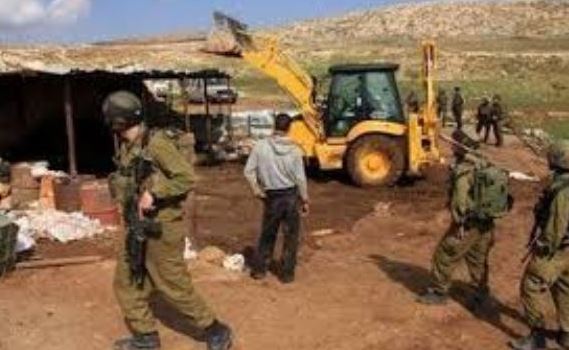 Israeli soldiers invaded, earlier on Wednesday, several Palestinian communities in the West Bank’s Northern Plains, and handed warrants to a number of families, ordering them to halt constructions of their property, in preparation for their demolition.Had of the Wadi al-Maleh and Bedouin Tribes Local Council Aref Daraghma said several military vehicles, and personnel of the “Civil Administration Office,” run by the military in the occupied West Bank, surrounded the Palestinian communities before invading them.

The soldiers then handed the demolition orders, informing the residents their structures will be demolished this coming November.

Daraghma added that the structures include an agricultural pool of 250 cubic meters, sheds, barns and hothouses.