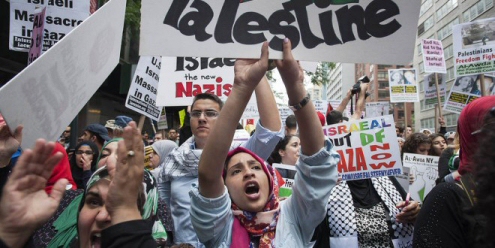 The United Nations, on Monday, approved UN accreditation for the London-based Palestinian Return Center in a defeat for Israel, which claimed the organization “openly promotes terrorism”.The center, which researches and monitors issues related to dispersed Palestinians and their right to return, denied all Israeli allegations.

Last month, the U.N. committee that accredits non-governmental organizations, recommended that the center’s application be approved.

But, according to the PNN, Israel circulated a resolution, co-sponsored by the United States, Australia and Canada, to the committee’s parent body, the 54-member Economic and Social Council, opposing the application.

In Monday’s vote, 13 countries supported Israel’s resolution, 16 were opposed and 18 abstained, which meant the resolution was defeated and the application was approved.

Despite the accreditation, Israel’s Deputy U.N. Ambassador David Roet said before the vote that the center “is not what it claims to be.”

The Palestinian Return Centre (PRC), an NGO based in London since 1966, was granted special consultative status at the UN’s Economic and Social Council (ECOSOC) by the Committee on Non-Governmental Organisations on 1 June 2015. Since then, Israeli government officials and affiliated civil society organisations have actively lobbied ECOSOC members to reverse this decision, based on Israel’s allegation that the PRC is affiliated with Hamas.