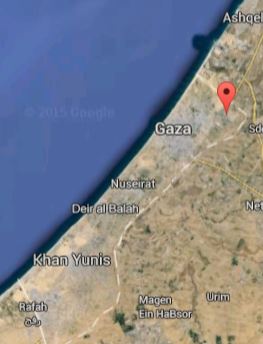 Palestinian medical sources have reported that a child was wounded, late on Friday evening, after Israeli soldiers, stationed across the border fence, opened fire on homes, east of Beit Hanoun, in the northern part of the Gaza Strip.The sources said that Maher Shatat, 14 years of age, was shot with a live round, suffering a moderate injury, and was moved to a hospital in Beit Hanoun.

The soldiers were stationed across the border fence, in northern Gaza.

On Friday at night, five Palestinians were wounded, including one who suffered a serious injury after the army fire missiles into an area in central Gaza. .

The army claimed the targeted area was an armed resistance training ground.