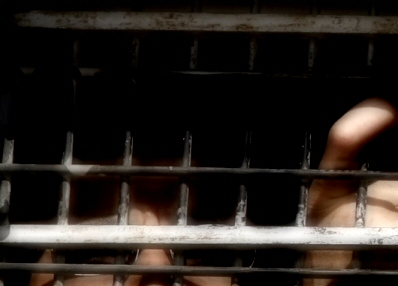 Over 120 Palestinian prisoners in Israel’s Nafha prison have suspended a hunger strike for a two-week period, after six days without food in protest against the Israeli Prison Service.The Palestinian prisoners’ committee said that detainees have agreed to a two-week suspension, after speaking with Israeli authorities, but will escalate their protest action after the temporary suspension.

According to Ma’an News Agency, Nashaat al-Wahidi, a Fateh prisoners’ representative in Gaza, confirmed the suspension following an agreement with Israel’s Prison Service.

Israeli authorities have reportedly agreed to stop cell raids and the arbitrary transfer of prisoners to different sections of the jail, he added.

The 120 prisoners, all held in Nafha jail in Israel’s south, had been demanding that they be returned to their former prison wings after they were moved to different sections last week.

They were also demanding family visits, an end to solitary confinement, public telephones, a kitchen and bakery, and the return of a canteen.