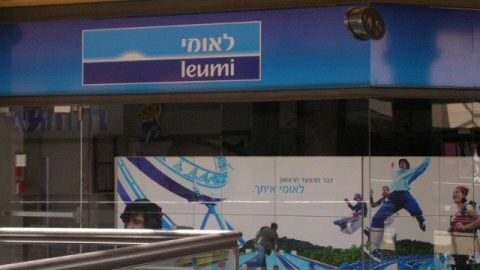 Recommendations to the EU would “shut down” the Israeli economy.Israel’s financial sector is preparing for the worst following European recommendations not to work with banks invested in the oPt.

Bank heads in Israel are “panicking” over recent recommendations by the European Council on Foreign Relations that the EU abide by its own laws and not work with Israeli banks invested in the occupied Palestinian territory, reports the Hebrew-language daily Ma’ariv.

“This is a mega-event and if it occurs, the economic implications for the banks and Israeli economy are huge,” a senior Israeli banking official told Ma’ariv. “It can bring us to very difficult places and this topic requires management of the highest levels,” he added.

Israeli analyst Ben Caspi states that the EU is positively considering these recommendations. The deterioration in relations between Israel and the United States over the Iran deal, according to diplomatic sources, means that the US is encouraging Europe to intensify actions against Israeli settlement policy.

“When products are labeled it can cause harm here and there in a market share”, said the senior official, “but when they label every credit given by an Israeli bank over the Green Line and boycott that bank, this means a receivership order for all the banks. The European banking and credit system is interconnected with the Israeli economy. No European bank will accompany projects in Israel, it will be impossible to receive credit in Europe and there will be nothing we can do against it.”

“’Credit labeling’” means that every Israeli bank which gives a mortgage for purchasing a flat in Ma’ale Adumim, Ariel, parts of Modi’in etc., enters a black list”, he continued. “The Europeans also include Jerusalem, the Golan Heights, Road 443 and parts of Road 1 in the definition of ‘occupied territory’. There is no Israeli bank not involved in these areas. Every provision of credit to a business, every mortgage, can endanger the bank with boycott.”

“This means the imposition of a siege on the Israeli economy, a type of ‘shut down’. In such a situation we must organise and turn to the prime minister. Solutions to this issue can come only from the political field. It is much larger than a strictly financial topic.”

The banks are reportedly working to formulate a coherent policy in this matter, and it is expected they will request a “credit and financial security net” from the government should this scenario take place.

“This is a mega-event which must be planned for and digested. This is what we are attempting to do now,” closed the official.