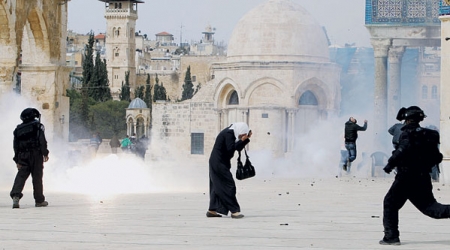 Last month, dozens of worshipers were injured during clashes with Israeli police private units, after they broke into the holy site and severely assaulted worshipers.

In the midst of these attacks on July 29, the Israeli minister of agriculture, Uri Ariel from the Jewish Home right-wing party has provocatively broke into Al-Aqsa Mosque, heavily guarded, in coordination with the ministry of interior.

The site has witnessed recurrent clashes in recent years between Muslim worshipers and Israeli police, most frequently due to provocative visits by Jewish extremists who believe the mosque should be destroyed and replaced with a Jewish temple.