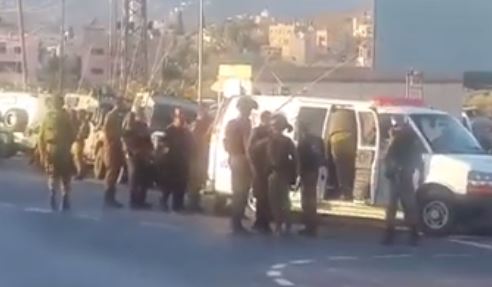 Palestinian medical sources have reported that Israeli soldiers shot and killed, on Saturday evening, a young man at the Za’tara roadblock, south of the northern West Bank city of Nablus. The army claimed the man stabbed and mildly injured a soldier. The sources said the slain Palestinian, identified as Rafiq Kamel at-Taj, 21 years of age, from Tubas, was shot with several rounds of live ammunition. Soldiers refused to allow Palestinian medics to approach him.

The Israeli army said the wounded soldier suffered a mild injury in his neck, before the other officers shot the Palestinian dead.

Following the shooting, the office of the Palestinian President Mahmoud ‘Abbas issued a statement strongly denouncing the fatal shooting of the young Palestinian, and said the latest assault is part of Israel’s escalating crimes against the Palestinian people.