Army Kidnaps Former Political Prisoner, His Mother, Son and His Brother in Jenin 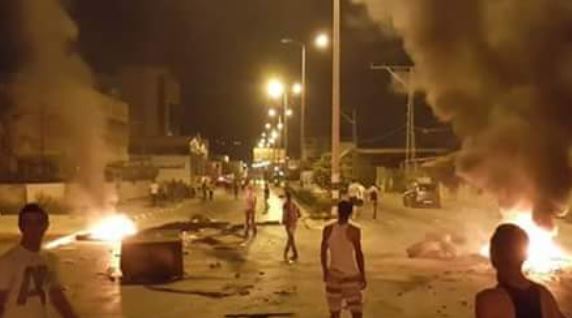 Dozens of Israeli military vehicles invaded, late on Monday at night, the Jenin refugee camp, in the northern West Bank city of Jenin, rammed a child with a vehicle, and fired dozens of gas bombs causing scores of injuries, before kidnapping a father, his mother, his son, and his brother.Media sources in Jenin said the soldiers surrounded the home of former political prisoner Majdi Abu al-Haija, before kidnapping him along with his son, Soheib, 18, his brother ‚ÄėAla, and his mother.

The sources said the soldiers surrounded the property and used loud speakers ordering the family to leave the building, and demanded Majdi to ‚Äúsurrender.‚ÄĚ

A Palestinian child, identified as Islam Dhababa, 15 years of age, was injured after being rammed with a military vehicle during the invasion.

Medics of the Civil Defense and the Red Crescent said the soldiers prevented them from even approaching Abu al-Haija family home, and pushed more soldiers into the area leading to extensive clashes with dozens of local youths.

The soldiers also used military helicopters during the invasion, while sounds of explosions were clearly heard in the entire area.

The Israeli army claimed one soldier suffered a moderate-to-severe injury during clashes in the camp, and was moved to the Rambam Israeli Hospital in Haifa.

Eyewitnesses said the invasion was carried out by at least forty military vehicles, and an armored bulldozer, advancing into Jenin and its refugee camp, from various directions.