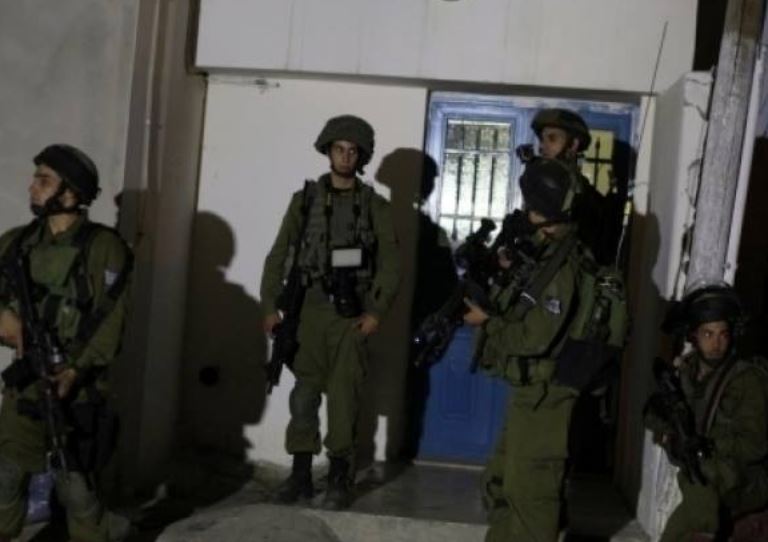 On Wednesday at dawn, Israeli soldiers invaded various Palestinian communities in different parts of the occupied West Bank, and kidnapped at least seven Palestinians. Israeli fanatics destroy the main power transformer near Qalqilia.Media sources in Jenin, in the northern part of the occupied West Bank have reported that several military vehicles invaded Kafr Dan village, west of Jenin, and kidnapped Ezzeddin Hafeth Zayyoud, 20 years of age, after storming and searching his home.

The Hebron office of the Palestinian Prisoners Society (PPS) said the soldiers assaulted Ahmad and his sister Dua’ al-‘Adarba, before kidnapping their brother, Mahmoud.

Dozens of soldiers also invaded the students’ housing in the Polytechnic University, in Hebron, and searched it causing property damage.

It said Hammad is the father of detainee Tha’er, who is held by Israel after being sentenced to eleven life terms, and Abdul-Qader who is serving an eleven-year term.

In related news, soldiers closed the southern entrance of the al-Khader town, south of Bethlehem, allegedly after locating an “unidentified object.”

The army closed the Iron Gate of the roadblock, and prevented the Palestinians from crossing, causing a huge traffic jam.

Coordinator of the Popular Committee against the Wall and Settlements in Kufur Qaddoum, Morad Eshteiwy, said this is the second attack of its kind, adding that the Israeli fanatics repeatedly attack the town and its lands in retaliation to its ongoing nonviolent protests against the Wall and settlements, and the closure of its main road for the thirteenth consecutive year.

Hamza Jom’a, the head of the Kufur Qaddoum Local Council, said the soldiers and security guards of Kedumim illegal colony obstructed the work of local technicians trying to repair the damage.