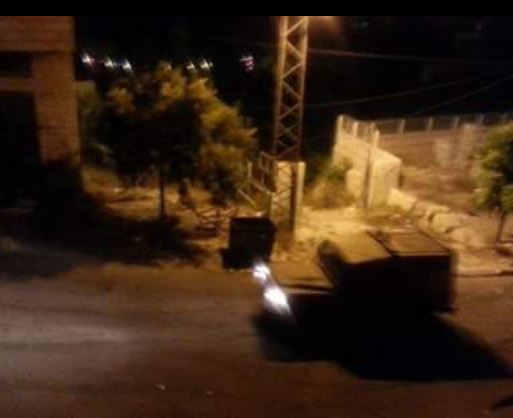 Israeli soldiers kidnapped, earlier on Sunday, a young Palestinian man in the West Bank district of Bethlehem, one near Jerusalem, and two others Hebron, and attacked three workers from Hebron, causing various injuries that required hospitalization.Media sources in Bethlehem said several Israeli military vehicles invaded the ‘Aida refugee camp, north of the city, searched a number of homes, and kidnapped a young man identified as Mahmoud Nasser al-Badawna, 19 years of age.

The soldiers invaded the home of Ziad Ahmad al-Odah, 30, kidnapped him after searching his property in the al-Masabegh area, west of Beit Ummar, and Fuad Mohammad an-Nawaj’a, 28, from his home in Yatta town.

Furthermore, soldiers violently assaulted three Palestinian workers from Yatta town, after stopping them on a bypass road, close to a nearby illegal colony, while heading to work.

Medical sources said Mohammad Rezeq ash-Shamesly, 20, suffered a fracture in his leg, while Fayez Ghanem Abu Qbeita, 23, and Fayez Mohammad Harb, 22, suffered various cuts and bruises. They were all moved to the Yatta governmental hospital.

Local sources said the soldiers searched dozens of cars, and examined the ID cards of many Palestinians while interrogating them.

The army also invaded Abu Njeim area, south of the ath-Thaheriyya town, south of Hebron, and searched several homes after breaking into them.

On Sunday morning, soldiers stopped a Palestinian while crossing a roadblock near the main entrance of Zaim village, southeast of occupied East Jerusalem, and kidnapped him before taking him to an interrogation center in the city.

On Saturday, Palestinian experts managed to defuse an explosive device near Meithaloon village, south of the northern West Bank city of Jenin.

The Palestinian Police said the Israeli army dropped the explosive during training in the area, and that the experts managed to safely defuse it.