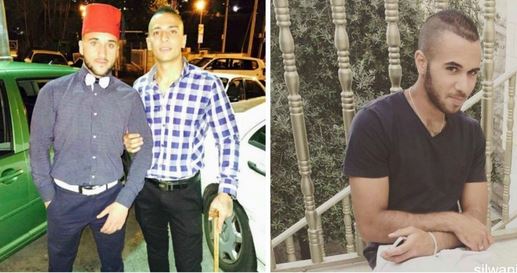 They were all taken to the al-Maskobiyya detention and interrogation facility, in West Jerusalem.

Clashes took place, late on Tuesday at night, in different parts of occupied Jerusalem, after Israeli soldiers invaded them.

In related news, the Israeli District Court in Jerusalem has decided to release two Palestinian children, at 8 at night Wednesday, and ordered them under house arrests until Sunday.

Families of the two children, Yahia Ayyoubi, 12, and Rami Mahmoud Rabea’, 12, were ordered to pay 2000 New Israeli Shekels each.

The children and will be subject to further interrogation allegedly for throwing stones on settlers’ cars, on the main road leading to Maale Adumim settlement.

In addition, a young Palestinian man, identified as Akram Shorafa received an Israeli police order denying him access to the Al-Aqsa Mosque for six months.

Shorafa previously received a similar order denying him access to the mosque for 22 months that expired just two weeks ago.