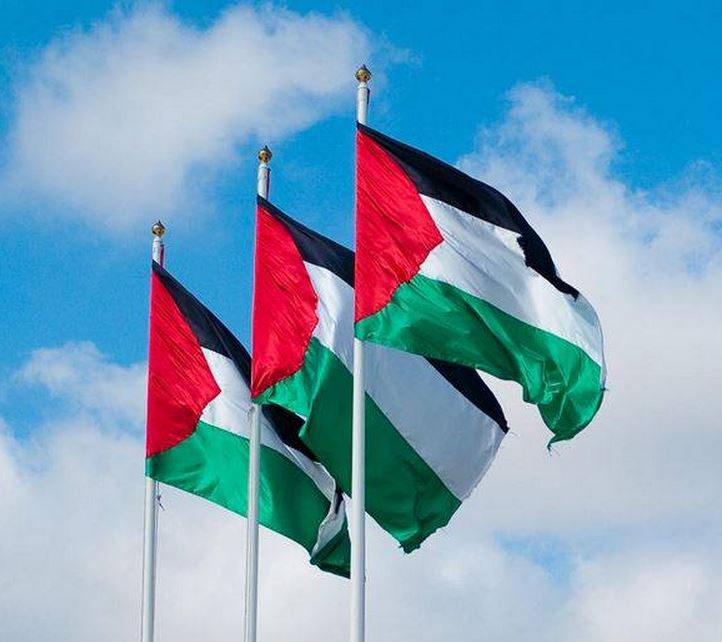 The resolution states that flags of all non-member observer states, including Palestine, ‘shall be raised at the UN headquarters, and United Nations offices, followed by flags of member states.’

45 countries, including most of the countries of the European Union, abstained.

Germany, Finland, The Netherlands, Austria and Cyprus where among the abstaining European countries.

The approved resolution is based on the November 2012 General Assembly vote that recognized Palestine as a ‘nonmember observer state,’ but did not lead to raising the Palestinian flag inside the UN in New York, or even on its outside plaza.

Prior to the vote, ambassadors of various countries delivered speeches in support of the legitimate Palestinian rights, while the United States said it would vote against the resolution.

The U.S. said ‘the vote against this resolution does not mean the U.S ignores the Palestinian rights’, according to the American statement.

The resolution states that nonmember states that carry observer statuses can have their flags raised in the UN, its offices, and can have diplomatic missions at the UN headquarters.

It grants the UN Secretary General twenty days to ensure its implementation; Palestinian President Mahmoud Abbas will be visiting the UN on September 30.

‘This move is symbolic, but it is a step forwards to solidify the pillars of the Palestinian State in the international arena,’ Riyad Mansour, permanent Observer for the State of Palestine to the United Nations in New York, said.

Mansour added that the move would potentially give the Palestinians some hope that the International Community has not abandoned them, and supports their legitimate rights of statehood and independence.

‘This resolution is like a small candle of hope to the Palestinian People,’ he stated.

The Palestinian official also said the current situation in Palestine is gloomy, while the Gaza Strip continues to suffocate under Israeli siege and ongoing aggression.