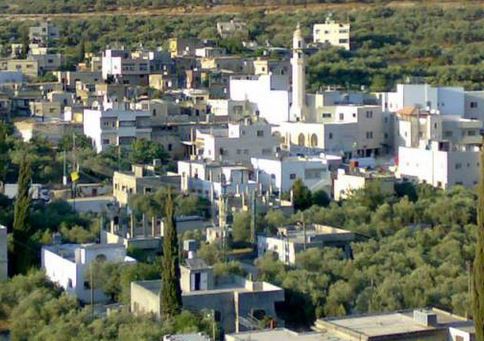 A group young Palestinian men managed, earlier on Friday at dawn, to foil an attempt by a number of Israeli extremists to carry out an attack in Madama village, near the northern West Bank city of Nablus.The WAFA News Agency has reported that the Palestinians noticed an unusual activity, shortly after 2 after midnight, when they saw a short, bearded armed man wearing a cap, monitoring some homes in the village, and alerted the families.

The infiltrator ran away after realizing his presence became known; he was hiding in an area where a wedding of a villager was held, on Thursday at night.

Just seconds later, an Israeli car that was parked near the local graveyard, sped in his direction, picked him up and drove towards a settlement road.

The WAFA News Agency said the villagers conducted a search campaign, to make sure the area is clear of infiltrators .

Many villages in the Nablus district have witnessed escalating attacks by Israeli extremists, and soldiers, over the last few months, including burning and attempting to burn homes and property, in addition to throwing stones on homes and cars.

One of the ugliest recent crimes, carried out by Israeli terrorists, was the August 30th firebomb attack on the Dawabsha family home, in Douma village near Nablus.

The attack led to the death a baby identified as Ali Dawabsha, 18 months of age, who was burnt to death, while his father Sa’ad Dawabsha, and his mother Reham Dawabsha, died later of their severe burns.

His brother Ahmad suffered burns to various parts of his body, and is still receiving treatment at an Israeli hospital.

On Wednesday at dawn, September 9, a group of Israeli fanatics burnt Palestinian olive orchards belonging to residents of Burin village, south of Nablus.

On Tuesday evening, three Palestinians were injured after Israeli extremists hurled stones on their car, while driving back home in Jenin after paying their respect at the mourning home of the Dawabsha family in Nablus.

On Tuesday morning, a Palestinian teenager was attacked by a number of Israeli extremists, while heading to work in West Jerusalem, and suffered various cuts and bruises.