Four Palestinians Kidnapped, One Injured, In The West Bank 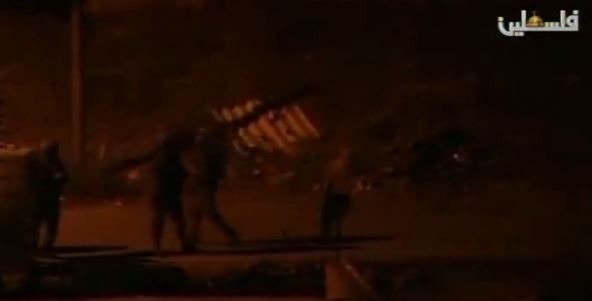 Israeli soldiers invaded, on Sunday at dawn, the West Bank districts Jenin and Jericho, kidnapped four Palestinians, and injured at least one.Media sources in the northern West Bank city of Jenin said the soldiers invaded the Jenin refugee camp, and kidnapped two Palestinians after violently breaking into their homes, and searching them.

The two have been identified as Suleiman Farahati, 20, and Mohammad Abu az-Zaki, 20.

The Jenin office of the Palestinian Red Crescent said the soldiers shot and injured Ahmad Hussein al-Bali, 24, before he was moved to the Khalil Suleiman Hospital, in Jenin.

The Palestinian was shot with a live round in his left thigh, and suffered a moderate injury, it added.

The PPS said the two have been identified as Tareq, 40, and Khalil Hazem Dawwas, 27.