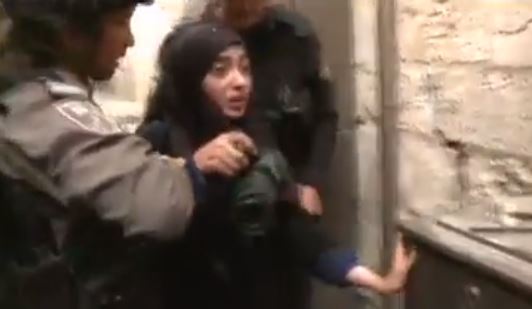 The Palestinian Journalists Syndicate issued a statement strongly denouncing the serious Israeli escalation against the worshipers in the Al-Aqsa Mosque and the Dome of the Rock, Sunday, leading to dozens of injuries, including eleven journalists, deliberately targeted by the soldiers.The Syndicate said the army, and police, deliberately assaulted the journalists, wounding eleven in just a few hours, as dozens of soldiers and Israeli extremists stormed the Al-Aqsa Mosque, the Dome of the Rock and their courtyards.

It demanded the International Community to ensure the implementation of the May 2014 Security Council resolution number 2222, regarding the protection of journalists, and prosecuting those who assault them.

The Syndicate also said that the fact that soldiers injured eleven Palestinian journalists, in just a couple of hours, proves the deliberate illegal Israeli policies, and its attempts to hide the tracks of its crimes in occupied Palestine.

In its statement, the Syndicate saluted the journalists in every part of Palestine, especially in occupied Jerusalem, and in Palestinian areas that witness repeated Israeli violations, and clashes.

The wounded journalists have been identified as:

The Sunday Israeli military assault and invasions into the Al-Aqsa Mosque, to accompany dozens of extremists, have led to wounding 110 Palestinians, including twenty who were moved to local hospitals; one of them suffered a head injury, and three others suffered chest wounds.

The soldiers surrounded the al-Qibli mosque, before occupying its rooftop, and fired dozens of gas bombs and concussion grenades, leading to dozens of injuries, and serious property damage, in addition to fires in the mosque.

Several mosque guards have been injured after the soldiers assaulted them, while many have been detained, in addition to a woman and a child.

Among the wounded are several medics, and a firefighter who was shot in his arm.

The Palestinian Red Crescent Society said twenty Palestinians, injured in the Old City and in Al-Aqsa, have been moved to the al-Makassed Islamic Hospital, in Jerusalem.

Soldiers and police officers also assaulted and wounded many Palestinian women near the Chain Gate, in occupied Jerusalem, in addition to attacking senior leaders, including Member of Knesset Dr. Ahmad Tibi, and various social and religious figures. 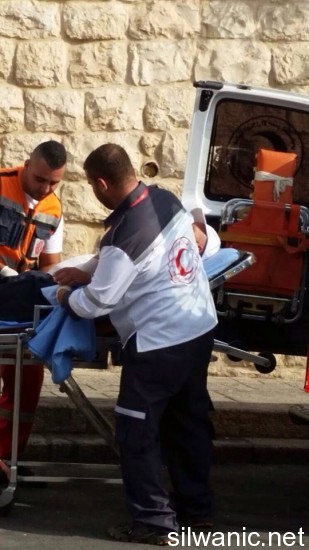