Many Injured After Soldiers Attacked Peaceful Procession In Hebron 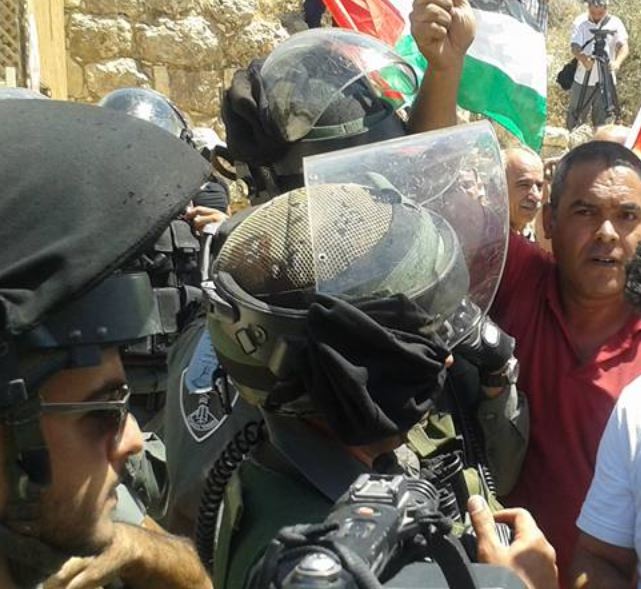 Several Palestinians have been injured, Friday, after Israeli soldiers attacked a nonviolent protest, in the southern area of Hebron, in the southern part of the occupied West Bank. The protesters were marching against the escalating Israeli assaults against Al-Aqsa Mosque in Jerusalem. The soldiers fired gas bombs and concussion grenades on hundreds of protesters, after they marched from a local mosque, carrying sings and posters calling for protecting the mosque, and ending the Israeli assaults on the holy site.

Medical sources said many Palestinians, including women and children, fainted after inhaling the gas fired by the army, and received treatment by local medics.

Clashes took place between the soldiers and local youths following the protest, especially in Tareq Ben Ziyad Junction, and close to a military roadblock leading to the Ibrahimi mosque.