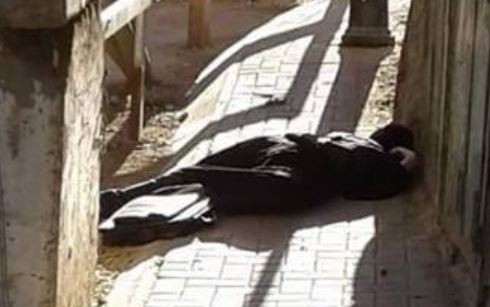 Israeli soldiers shot and seriously wounded, on Tuesday, a young Palestinian woman, 18 years of age, while crossing an Israeli military roadblock, on the main entrance of the Shuhada Street, in the center of Hebron City, in the southern part of the occupied West Bank. (Updated Article Following Her Death – Video Embedded)Media sources in Hebron said Hadeel Salaheddin Hashlamoun, 18, was a gunshot injury in her abdomen, and that the soldiers left her bleeding onto the ground for nearly 30 minutes, and prevented Palestinian medics from approach her.

The sources said Hadeel was trying to cross the fully enclosed roadblock with metal turnstiles, before the soldiers shot her in the abdomen.

The Israeli army claims the young woman attempted to stab a soldier.

The Israeli initially said the woman was shot in her legs, and later said she is in a critical condition; she was moved to Shaare Zedek Medical Center in Jerusalem.

Her father, the head of the Anesthesia Department of the Al-Ahli Hospital in Hebron, and its former General Director, Dr. Salaheddin Hashlamoun, said his daughter is a first-year student at the Hebron University.

He added that Hadeel was shot in her abdomen and legs; the army moved her to an Israeli hospital, suffering a serious injury.

On Tuesday at dawn, the soldiers invaded the northern West Bank city of Nablus, clashed with local youths, wounding three, and kidnapped another Palestinian.

Army also shot and killed a young Palestinian man, near the Kharsa Junction, south of Doura, in the southern West Bank district of Hebron.