PA Demands A UN Investigation Into Hadeel’s Murder In Hebron 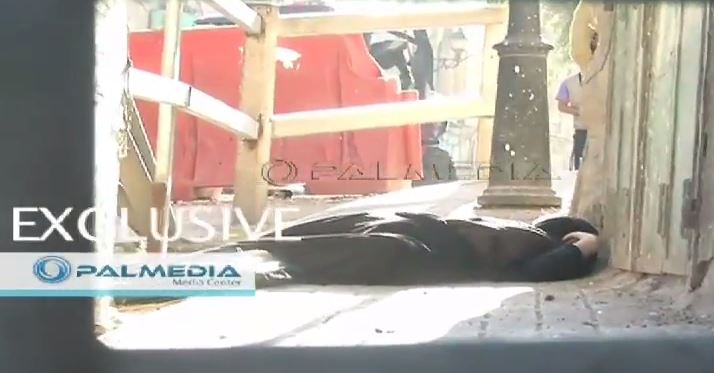 The Palestinian National Unity Government has demanded the United Nations to form an international investigation committee to look into the circumstances that led to the murder of Hadeel Hashlamoun, who was shot dead by Israeli soldiers in Hebron City.The government said images captured and published by the Youth Against Settlements Coalition, revealed that Hashlamoun posed no threat to the soldiers, and that the shooting, unlike military claims, was not justified.

It is worth mentioning that the army claimed the young woman “attempted to stab a soldier,’ but the pictures revealed she was not even close to any of the soldiers operating that Iron Gate of the Container Roadblock, in Hebron.

The Palestinian Government added that eyewitness reports revealed that, after the teenage girl was shot with several live rounds, the soldiers left her to bleed for 30 to 40 minutes.

Medics of the Palestinian Red Crescent tried to reach the wounded young woman, by the soldiers prevented them from approaching her. An Israeli ambulance arrived later on the scene, and moved her to the Share Zedek Hospital.

A video captured after the shooting, shows armed Israeli colonizers gathering at the scene, smiling and chatting, before a soldier dragged the body of the woman to pull her from the sidewalk.

The soldiers were also shouting at the Palestinians ordering him to ‘back off’, and to leave.