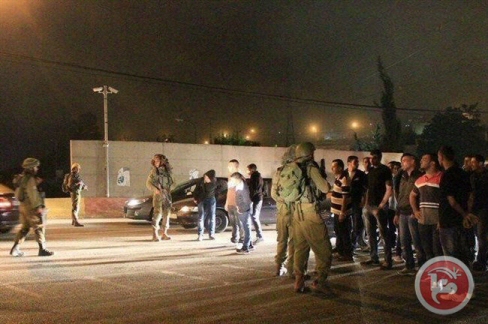 He said that all detainees were ‘involved in recent disturbances in and around the Old City of Jerusalem.’

He was unable to identify the other detainees.

She would not say whether the other detentions were related to Tuesday’s clashes across the West Bank. She said they were detained for ‘illegal activity,’ but added: ‘I don’t know when the illegal activity was committed.’

She added that a weapons cache of 11 explosive devices and two shotguns had been found south of Jenin.

At least 18 Palestinians were injured on Tuesday when Israeli forces suppressed demonstrations across the West Bank that were held in support of the Al-Aqsa Mosque compound.

The demonstrations followed sporadic clashes between Israeli security forces and Palestinians in and around the Al-Aqsa Mosque compound in Jerusalem’s Old City, with tensions heightened as Jews celebrated the Sukkot holiday.

At least 22 Palestinians were injured on Monday during clashes at the holy site, with further clashes expected in coming days.