Several Palestinians Injured In Jenin, One Kidnapped In Bethlehem 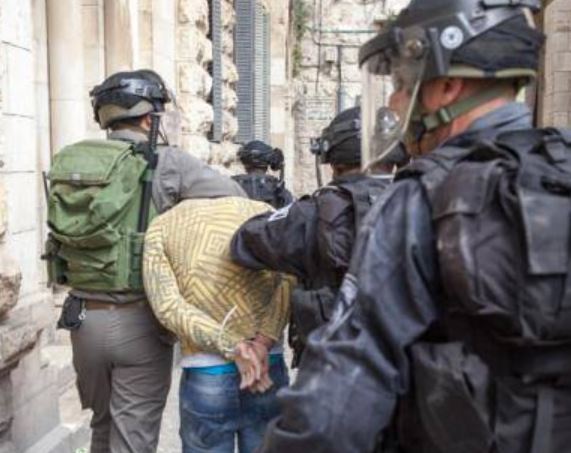 Israeli soldiers invaded, on Monday at dawn, two villages in the northern West Bank city of Jenin, and clashed with local youths, causing many Palestinians to suffer the effects of tear gas inhalation. Soldiers also kidnapped a Palestinian near Bethlehem.Media sources in Jenin said several Israeli military vehicles invaded the villages of Barta’a and Rommana, in Jenin, and clashed with scores of local youths.

The soldiers fired several live rounds, rubber-coated steel bullets and gas bombs, causing many Palestinians, including families in their homes, to suffer the effects of tear gas inhalation.

In related news, a number of Israeli settlers, living in illegal colonies in the northern part of the West Bank, threw rocks at many Palestinian cars near the Huwwara roadblock, south of Nablus, causing damage.

On Sunday at night, a Palestinian was shot with a gas bomb in the face, near Doura town, in the southern West Bank city of Hebron, while many suffered the effects of tear gas inhalation. A young man and a child were injured after Israeli extremists assaulted them.

Also on Sunday, medical sources have reported that more than 160 Palestinians were injured by Israeli army fire, during clashes in various parts of occupied East Jerusalem, and that one of the wounded suffered a serious injury.

Furthermore, Palestinian teen identified as Hotheifa Othman Suleiman, 18 years of age, died of a serious injury he suffered earlier when Israeli soldiers shot him in the abdomen, during clashes that took place near the Nitzani roadblock, west of the northern West Bank city of Tulkarem.