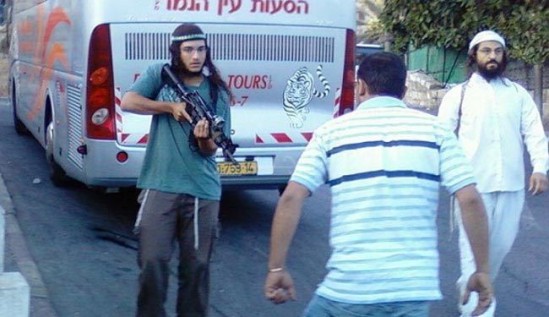 Palestinian sources reported Israeli settlers’ attacks on Thursday night all over the West Bank and closed roads connecting villages and cities. In the southern Hebron hells village of Sousyia, a group of radical Israeli settlers attacked residents homes with stones casing damage to a number of house. The settlers tried to storm the village homes but residents managed to stop them and force them out.

Elsewhere, Israeli settlers protected by soldiers closed the main road that is connecting the southern West Bank cities of Nablus and Qalqilia and attacked Palestinian cars with stones. Local sources reported damage to cars but no injuries.

At the northern entrance of the central West Bank city of Ramallah, Israeli settlers attacked residents homes with stones at the Dahyet Al Zar’a area near Al Jalazoun refugee camp.

Residents tried to force the settlers away from their homes and clashes with the invading settlers and troops protecting them. No injuries were reported.

In Jerusalem, radical settlers groups organized a rally near the old city and tried to attack residents homes there. When Israeli police tried to stop the radial settlers they clashes with the officer.